The Word of God and worldview

A pastor from the Eastern Cape in South Africa shared with me that his church has been around for several generations.  The pastoral teaching had been that a tithe basically meant 10 South African Rand. This became part of the oral tradition of the older generation and today a tithe for them is still 10 Rand.  The Xhosa pastor is not able to convince these people any different, even by explaining what the word ‘tithing’ really means in Scripture.  These people were never able to find out what Scripture says and now they are caught in a deep rut.  In many churches worldwide people still get most, if not all teaching through their pastors. In general people don’t really know what the Bible says.  Most of us memorize only verses, which like in my son’s Sunday school class are even today used as instruments to teach church law or quote God’s promises, often out of context.  Yes, there is great virtue in memorizing God’s Word but it needs to be in the proper context, so the meaning is in consideration of the harmony of the whole story God gave to us.  It will be better for us if we would memorize complete Bible stories, internalize and engage with them and in that way make the Bible part of our lives. Sometimes we will not understand conflicting issues.  Rather than leaving these issues unresolved and to be accepted by faith, we keep trying to find explanations, sadly often only based on implicit information, conjectures, or on extra-Biblical information.  I do not mean that sound historical background can’t give us insight and understanding.  It may help a lot.  The trouble is that we often try to find explanations to defend our premises which sometimes conflict with God’s Word.  This has been humanity’s challenge from the beginning, starting with Adam and Eve.

Initially God didn’t have a written word for mankind.  His interaction with people was only in person.  As mankind drifted away from God, he added angels as messengers, dreams, visions, miraculous manifestations, and prophets.  Eventually God used people to write down an account.  These writings were normally read out loud to the people.  He used quite a group of people to write it down, but we don’t know the names of all the people He used. We have accepted what is now called the Biblical canon. The copies of the Old Testament were written down with great accuracy, making the Bible undoubtedly a most accurate historical record, which is confirmed over and over again by archeological research findings.  As God came himself to earth through the person of Jesus, he used those who learned from Jesus to write more.  God preserved these accounts through many people copying these New Testament writings.  The problem is that scholars and political leaders started to interpret these words for people, binding them by an institutionalized system of religious attitudes, beliefs, and practices, Old and New Testament alike.  Even though there was a renewed awakening of the desire for people to be able to access the Bible in their own language, followed over the next few centuries by a growth of literacy, the church worldwide still was built predominantly on distilled doctrine, rather than Scripture itself.  It was often and still is upheld by some, that common man cannot understand God’s Word and should not just engage with it at all or at least not without proper teaching or doctrinal principles as a foundation.  Even today most people are taught that they are not adequate to draw truth from God’s word and they rely mostly on scholars and pastors teaching them doctrines these scholars and pastors have learned in their own studies.

Finally in the 20th century translation of the scriptures in all the languages of the world became a vision. The purpose was that everybody should be able to access it.  Despite the world still predominantly being a primarily orally oriented society, the western world became very literacy focused and the listening to and telling of God’s Word continued to take a secondary place.  We typically still see oral preference communicators as under-developed and as ‘lesser’ and we make literacy a must for ordinary people to access God’s Word.  In the past, the established church through a western and often colonial mindset typically completely ignored the values and discredited the ways of communication of the ‘heathen’ they aimed to serve, sometimes even quickly judging their languages and communication art forms to be unsuitable for Christian spiritual matters.  Even in the early part of the 21st century this still is a big problem.  Many minority peoples are already going through many cultural, economic, political, and social changes due to a rapidly changing world environment. This causes them to loose value within themselves as they experience an identity crisis. This makes it difficult for them to receive that God considers them valuable. We can complicate the issue if we don’t let God’s Word speak for itself. We need to let God draw His creation unto Himself by confirming these people and their cultures as unique and special, all with great potential in God’s hands as He starts a work in their hearts.  We should stop using God’s Word as a stick to hit people over the head by focusing on an expression of faith that is filled with laws, rules, traditions, and applications from our religious cultures. Especially those that are centuries old, but almost canonized, regardless of what they may communicate today in our culture and even more so in other cultures.

The following account shows how we can hinder God by rejecting people on the basis of cultural issues. In 1992 I was in Surinam to serve the Saramaccan people by recording the script of a movie about the life of Christ in their language, while at the same time training a Saramaccan recording specialist.  Bible translation was in progress, but there was little interest, especially by the local Saramaccan leadership and their indigenous communities.  Several centuries ago the Moravians had come to evangelize the Saramacca, but the Moravians completely rejected Saramaccan culture, language, and communication styles, because they were thought to be closely associated with their spirit worship and practices of divination.  This continued until in the latter part of the 20th century and consequently there was little or no openness by the Saramacca for the gospel.  Some people had tried to play an audio cassette tape in Saramaccan while playing this film about the life of Christ without its original audio track, which was cumbersome while producing very limited results.  Still, the visual message in their own language was attractive and they received permission to dub the film officially into their language, using Saramaccan people to act out the voices for the characters in the movie.  They were very excited and they took time to produce an excellent product.  One of the narrators was a pastor of a Moravian congregation where Saramaccan was still not used in the church.  The moment the recordings were finished, the whole Saramaccan team, including this pastor, burst out in spontaneous dance and singing.  I was overwhelmed by this excitement only to learn that now finally they had a tool that shared the gospel from Luke for people to see and listen to in their own language.  Within two years, the Saramaccan Christians experienced a revival by publically realizing that God accepted them as people, just the way they were, including their language and music and dance.  It was a time of reconciliation and part of it was that they forgave the Moravians.  For the first time God’s Word, through the movie, was allowed to be shared by the local ‘Captains’ in their communities.  Saramaccan is now even being used for religious instruction in Moravian schools.  History has left a strong mark and many issues still have to be worked through, but the first steps are in place to allowing God’s Word to take root among the Saramaccan.

We promote God’s Word as being of fundamental importance, which it is, but many peoples in the world are still in bondage by religious impositions from the outside. Our impositions that don’t respect the culture, language, and long standing oral communication art forms of the people. We don’t recognize the ability of these people to engage in God’s Word themselves. If God meant for the message of the Bible to be told to all people, then why can’t we accept that the basic message can transcend cultures and time alike without the involvement of scholars.  This doesn’t mean that study and distilling doctrine from the Bible is of no profit.  This also doesn’t mean that there is no value in knowing about the culture of the people of the Bible. We consider God’s Word to be so rich and deep that there is ample of room to benefit greatly from studying it as well as from the study others have done.  Still most if not all we need to live a life honoring God, we have been able to distill from the simple stories and teachings God gives us without the help of scholars.  It is special to discover the truths of God’s Word on our own, as a family, or as a community.  My best teachers, while at a small Bible college in the USA, were the ones that discipled me by helping me to look at God’s Word objectively.  One in particular knew how to draw us as students out by asking us to defend what we learned from the Scriptures.  He always came back asking us if that is what it really said in the Bible.  He helped me to look at the broader picture as presented in other stories and passages in the Bible.  I, being from the Netherlands, had a significant different look at the world from this American teacher and it remained different, yet Biblical truth helped us to find a lot of common ground.  His motto was to bless his students by helping them engage with God and His Word.  He was not perfect in any way, but his life matched the love for his God. He wanted us to learn what it meant to be transparent before God, seeking to bless Him and willing to take His Word for what it is and allowing it to flourish in us each as unique as we individually are.  The faith of my teacher in God was not self serving, but in humbleness serving his students or disciples, giving us a hunger to draw closer to God… Is that not what we all ought to do?

The Word of God and Worldview 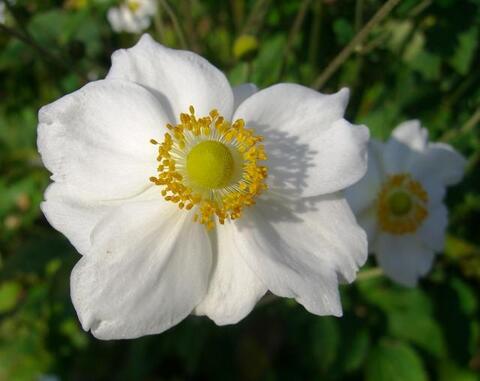