Often with many of my friends I can share the joy of having learned Bible stories and really engaging with them. Several of these friends are growing older, but the vitality of their relationship with the Eternal is not diminishing in any way. Despite memory challenges, they are still witnessing the beauty of becoming part of Bible stories like a child.  The following story comes from J.O. Terry who has shared many Bible stories with thousands of people in rural villages worldwide:

‘Unfortunately, I have lost much of the stories that at one time I knew so well and used almost daily in the villages. But overall the process of learning the stories and telling them so many times helped the stories to become "real" events rather than just stories to tell. So in this I have a much greater appreciation for the Bible as a living story.

I have tried to instill the thought or concept of the printed stories becoming multidimensional living stories. I wasn't really aware this was happening until I began learning the Passion Story and using it to probe for potential responsiveness. The story is long and has many scenes. It was so difficult to keep all this in my mind until one day I realized that as I was telling the story and no longer having to look at my notes, that I had "entered" the story and was in effect standing in the story, telling what I was experiencing--seeing and hearing. At first it was a scary thought like I had entered another dimension or something. Later I realized that other stories were also becoming "living" stories that I was sharing as though I were there witnessing the event. Then more and more I realized, that as I read other stories in the Bible, that they were lifting off the page and becoming alive as though they were happening as I read them. Then to my surprise, I realized that children when they hear stories, experience them as happening as the stories are being told. Finally I realized that many of my oral culture listeners were also seeing and hearing the stories as happening as I told them, just like children do. This was really evident when I was in Africa and saw African storytellers at work and how the listeners were mesmerized by the gestures and stories. It changes your perspective of the Bible.’

I love J.O.’s comparison with children, since this is the kind of faith that Jesus also wants all of us to have… a simple faith that enters the Bible stories and engages with its teachings. It makes the truths that we discover a deep part of who we are.  These truths are no longer things we need to believe with our minds, but they become unseen realities and integrated parts of our lives. This is equally true with anything to which children are exposed and that is why Jesus stands up for children, strongly warning those who lead them astray.

Most people in the world, oral or literate minded, connect deeply with stories and become part of the stories, sometimes without realizing it.  Music adds another dimension to that and all of us can witness to music, a movie, or a shared story moving us deeply, even to tears. It shapes our actions… changing our lives. This is true for females and males alike.  Does this not show us how much God wants to have a deep relationship with each of us, where we can experience Him to the greatest extent in every aspect of our lives? 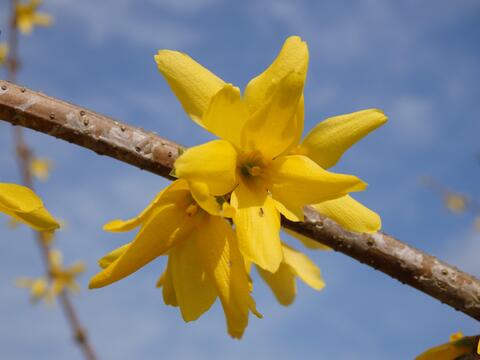