The first time I met with my deaf friends in South Africa, I still was getting used to signing as a form of communication and when I was introduced to them, I asked for their names and the interpreter told me right away their audible names.  I forgot to ask them for their signed name, yet that is the only name that communicates to them. To tell them my name, the interpreter just signed the letters of my name, but then real sign language doesn’t have letters, except for where a bridge is necessary to a written language.  In this case they understood the letters as symbols, but my name didn’t have any meaning.  Quickly they came up with a creative sign name that reflected who I was in their eyes.  I was very blessed with their choice as they named me the smiling d.  Since they knew letters, they used the first letter of my name, but normally letters are not part of their language.

Even though Jesus was a prime example of ministering in relevant ways to oral preference learners, most of the world has been using literate oriented methods, especially since for a long time printed materials have been the primary standard to store information.  We even force deaf people to learn this system and transfer the letters of our orthography into individual signs that relate only to a spoken language and inherently have no meaning in sign.  Another deaf friend told me a long time ago that for a deaf person learning to read with meaning is like for a hearing person taking a telephone book with its thousands of telephone numbers and memorize each telephone number with a distinctive meaning being attached to it.  Yet, some deaf have managed to learn to read, but even if they could talk, they still would not be able to read it out loud… they never heard it, so how could they know the sounds…

Over time, some people have been realizing that literate materials and approaches have been quite ineffective with people who cannot read and write or hear.  Walter Ong, author of ‘Orality and Literacy,’ was one of these people and he started to compare literate and illiterate people finding that there is quite a difference. He also started to realize the impact a shift from orality to literacy has on culture and education. Writing is like a technology that, when introduced to a culture which has never known writing, has extremely wide-ranging effects on every area of life.  This includes how people gain knowledge, how they validate things, and how they relate to each other.  Despite the widespread introduction of literacy, we recognize today that most of the people in the world still function like the illiterates.  Our natural ways of learning and communicating fit within that context. As such oral preference communicators includes not only the illiterates, but also those that normally don’t or won’t read, as well as people that can read and will read a lot, but still prefer using oral communication principles.   Even highly literate oriented people still naturally use oral communication principles in most situations.

Our natural ways of learning actually form the basis of how we communicate and these ways are highlighted in oral principles of communicating.  Hence, it is no surprise to learn that the deaf people communicate the same way, except that it is through signing and not speaking.  So, technically we cannot call their communication style oral or illiterate, but it can help us, who are literate, to understand that language is not defined by writing or speaking.  Signing is a communication art form that has been functioning for the deaf worldwide, just like spoken language for those who can hear.  Both include body language, like gestures and facial expressions, as part of enhancing the communication process. The attention to detail in signing is no different than in spoken language.  Like I said earlier, signed names are normally expressed by what the meaning of the name is and as such it adds even a dimension to effective Bible translation, where names have meaning and purpose.  In oral preference cultures the meaning of names still also plays an important role.  When language is reduced to writing, this is often lost and unless we specifically add the meaning to the text, an important piece of information is missing.

With both sign and oral communication it is very helpful and sometimes essential to start with concrete issues and not abstract issues.  For example, this means that a location needs to be described and the people we talk about need to have an identity.  Some of us wonder why the Bible has several genealogies in it… for deaf and oral communicators they help the people in the Bible to have an identity and it is evidence to them that the people are not just fictitious characters.  Like with oral preference communicators, for the deaf, relationships are very important in the communication process, as well as in considering accepting something that is new or different.  For both the validation through modeling, testing and repetition is very important.

Actually these principles are also the natural principles that all babies and little children use to communicate and learn.  It is well known that by the age of four, most children have learned more than they will for the rest of their lives.  They go from a helpless baby at birth that can only cry and coo to being able to laugh out loud within three months.  They are very quick to learn what signs and sounds mean and normally within a year they learn to walk and start saying words or even short phrases. By the age of four they have progressed beyond imagination to running, climbing, following commands, showing love, and communicating fully in their heart language or even multiple languages.  Except for the speaking and hearing, there is no difference whether a person is deaf or not.  The process of learning and communicating is the same and the principles we can draw from that are also the same.

Some of my deaf Xhosa friends had a daughter and she grew up hearing, but since both her parents were deaf, her first language was sign.  When her parents got help for her to learn to speak, Xhosa became of value for her in relating to others.  Without any challenges, she grew up not only learning two languages simultaneously, but adding English, the language of wider communication, as well.  Maybe we should first look at how people communicate and learn first how to help them where they are. It is our opportunity then to work within that context… whether it be sign or oral.  After that we can help with written materials as relevant.  This may initially reduce the use of written materials, but literacy will take its proper place and become a more functional part of the societies we are serving.  Considering today’s ease of using video, the deaf can now much easier keep their own communication and learning styles that demonstrate the orality principles so beautifully to us. Most of the deaf should never need to learn read and write. 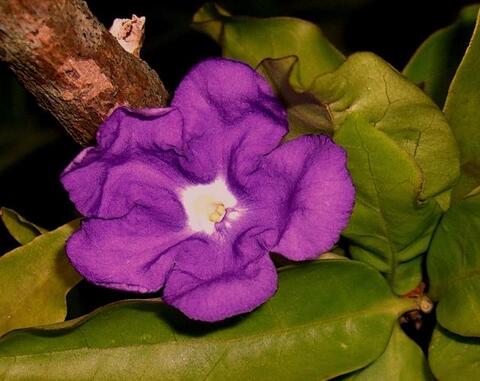