And I thought I knew that story

One day I told my family a story from Matthew chapter 26. In this narrative, a woman came to Jesus and poured very expensive perfume over his head. Right away our children asked if I shouldn’t say she was pouring it over his feet instead. Initially they all thought it was the same story in a different place in the Bible, just accentuating different details. They reasoned that God used different people to tell the story to focus on different issues. The story could mention certain things and omit other things. In this version perfume anointed Jesus’ head, while the version they remembered mentioned the perfume being poured over his feet. My wife suggested that the story they remembered was actually a different occasion. We all thought about some commonalities: the woman, the expensive perfume, that it was poured on Jesus. My wife mentioned that in the other version the woman also wiped Jesus’ feet with her hair. When we read it from Luke chapter 7, it became immediately clear that this was altogether a different occasion. We realized how easy we make wrong assumptions about these stories. We were glad that my wife reminded us of the differences and that we consequently chose to look at the other story… but how rarely do we do that.

On another occasion I introduced storying Scripture to some of the staff of a Pastor training institute in Eastern Namibia. The two leaders were well educated men and had a lot of pastoral experience. After we got acquainted, I modeled a Biblical account of a familiar story about a son asking for his inheritance before his father died from Luke chapter 15. They were both impressed and they liked it a lot, but one of them said that he thought I added some things that were not in the Biblical account and that I might have left out some things as well. I encouraged him to look it up, because the next day he would have the opportunity to tell the story himself. When he came back, he was amazed. He thought he knew the story and from memory had talked about it many times in sermons, but he had added and changed certain elements without realizing it. Now he wanted to introduce this way of engaging people in scripture to his church.

If we are willing to learn complete narratives, internalize them, and start telling them as God has given them to us without altering them, sound Biblical teaching would be a natural outflow. Presuming familiarity, we can lose focus from the accurate story as our bias distorts and changes what God wanted us to glean from the passage. For example, looking back at the two stories about the women who poured perfume on Jesus, despite the commonalities, the focus is very different. When we engage in these two stories we learn different things.

Even when we find stories that are of the same historical event, like the birth of Jesus, we should be very careful about combining them. If we consider them as two separate accurate accounts given by God for specific purposes, then we should not challenge the differences. First let the teaching of each unique narrative speak for itself. Then we can grow in a broader or deeper understanding when we consider other narratives of the same event. This should not overshadow or alter the meaning of the original story. If we make our rendering of the expanded or combined story of greater importance than the original story,  we are in danger of rewriting the scriptures to our interpretation. In a sense we are trying to help God communicate  his message more clearly than the way he gave it to us. The chance of bringing in our own ideas becomes even greater when we combine passages that are not of the same event or that sometimes are not even closely related. Sometimes they are from a completely different setting. If additionally, we only refer to verses and not complete passages to get our point across, the chance of inserting our own ideas drastically increases. Why not first know a story or passage well and let it speak for itself? In that way we allow God to lead us first and foremost. Then it is much easier to let God keep the lead as we consider additional passages. After all, it is principally about God wanting us to engage with him as the Eternal and not us following laws and teachings from a human perspective. As some of my friends have jokingly said: when there are two Jews, there will be three opinions. I believe this to be actually true with most people... and what we end up with are only opinions. Now, if those opinions lead to further engagement with the passages and consequently with God, then they will lead to discovery of truth. If we uphold our opinions just using scripture to “prove” them, we will lead others to every possible kind of wrong teaching and unbiblical religious practice.

And I thought I knew that story 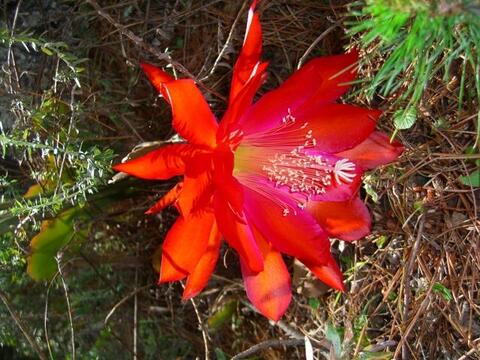