The Bible among other writings

There are many ideas and definitions of what scriptures are and what a Bible is. Of course ultimately it is people deciding standards and definitions, so there is no absolute. Still, certain standards, definitions, and decisions have been accepted globally by people and organizations that are seeking God’s direction as they want to bring glory to the Creator and honor his word. Additionally, what is included in the Bible as being part of the authoritative canon is also a decision made by men. That we’re not all on the same page is clear, since the Catholic Church is also adding other books and many Jews include their oral law as authoritative, but exclude the new covenant/new testament materials. If we go to other faiths it just goes on, since in Islam an Imam would accept the Old Testament and even at least the first four books of the New Testament as a foundation to their addition, which is the Koran. The Mormons have added the writings of Joseph Smith, while the Jehovah Witnesses have added their prophesies and teachings as authoritative. Then other faiths pick and choose what they want to believe, like some accepting only the words of Jesus and for example excluding the letters written by Paul. Interesting enough, this phenomenon is also found widely in the so called ‘Christian’ church when creeds, catechisms, doctrines, or any other liturgical materials, as well as prophesies have become authoritative teachings for the people, instead of or in addition to the scriptures. It is difficult for common people to know whether these extra-biblical materials are true expressions of what the scriptures are actually saying. Many of these materials are one way or another in conflict with the overarching story of the Bible or only polarize on specific issues found in the overarching story of the Bible. Often they cause confusion and can be an obstruction. Potentially they can lead people in any direction these materials may teach them.

A young lady in Asia had a sincere desire to seek God and His ways. As such she was recognized by her parents to be very diligent. Most people in her country were encouraged to learn to read and speak some of the authoritative language of the sacred writings of their religion, so they could recite the required prayers, but they could not understand what they prayed. The parents of the girl provided the opportunity for her to also learn to understand that language. As she read their sacred writings in her sincere search for God, she only became more and more confused about the writings that were contradicting themselves. Finally her despair grew to the point that she twice tried to take her own life, but each time she failed. God then lead her to people that told her the stories of the Bible where she found the missing pieces that were scattered in the sacred writings and the teaching she grew up with. Within her own cultural context, she started to use the stories that are respected even by people of her own faith. In this way she started helping thousands of people learn about God and apply respected moral values to their lives. This is helping many people find the hope and eternal life that a restored relationship with God offers them.

In this case there was light at the end of a dark tunnel, but many people are so deceived that they end up believing that their darkness is light. In South Africa another lady, who knew Jesus as her Savior, attended a self-awareness workshop, where she was exposed to diverse teachings from around the world, past and present. This included teachers and leaders of many faiths like Buddhism, Hinduism, Islam, and New Age. Some quotes were from Christian pastors and, not surprisingly, Jesus was one of the main people whose virtuous words were admired, respected, and encouraged to meditate on and follow. When the teacher of the workshop was asked about who Jesus claimed to be, his response went only as far as Jesus being a good and wise teacher and possibly a prophet. When the lady confronted him about Jesus’ own claim to be the creator and God, his response was ‘that is not necessarily true’. The lady then asked how could one just pick and choose from Jesus’ words what one wants to believe, since Jesus either is true in all He says, or He is a liar and a crazy man. His response was that people need to find their own peace by choosing only the values they accept from any teachers and follow their hearts. In other words, he was saying that people need to make anything in the spiritual realm what they want it to be. This is only one example of people who believe they are in the light, but who are actually in the dark.

This next story came from a Dutch lady who was attending a class to become a member of a mainline church denomination. One of the first catechism lessons taught her the story of Jesus and Peter walking on water. The denominational authoritative answer to the first question in the catechism about this story taught that walking on water is of course not possible. In other words, the story did not relate to something that happened for real, but merely taught a good lesson. The teaching of the church was seen as authoritative and as such influenced this lady, as an incoming church member, to believe that the doctrine of the church was superior and that interpretation of the Scriptures was subject to that authority. It also led to her thinking that there were no real miracles and that she felt that she was not able to interpret scripture at all. So, what will this lady do with any other miracles… including the resurrection of Jesus or the second birth that Jesus explains to Nicodemus?

The Biblical canon still stands head and shoulders above any other historical record as far as consistency, clarity, and accuracy. Yet, I do recognize that there may be some discrepancies in the copied manuscripts and translations from one language to another. As mentioned earlier, Biblical accuracy can be looked at in context of the detail given to copying to Old Testament manuscripts and the large quantity of copies of New Testament manuscripts. Archeological finds and other historical writings also support and confirm the validity of the Bible.

We believe in an almighty God who has infinite wisdom and love. He is also a righteous judge and eternal redeemer, giving us the Bible as we know it. We then must accept that he also meant for all of it to be of value for all people. This doesn’t mean that all of it will always have equal value. Depending on the situation, specific things will be useful for specific persons at a specific place in time. As discussed earlier, people need to connect with the parts of God’s word as it is relevant for them. The passages and stories need to build on something the people already know. One pastor in Angola shared that we sometimes try to make people be like a giraffe to eat the fruit high on the tree. But we are not giraffes, so we need to eat the fruit that God puts right in front of us. Passages and stories people can relate to naturally at a particular point in time are the right kind of fruit to start with. So, there is no urgent need to have whole council of God available for people from the start, while at the same time we aim to help people get access to all of it. This will include a variety of communication art forms and media that will be most relevant. Some of that we only will discover over time as we work together.

The Bible among other writings 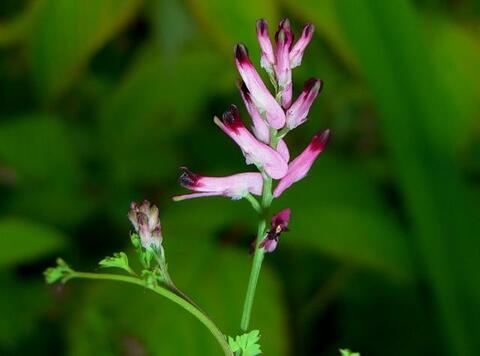