When there are already puzzle pieces in place

Every day more people in our world know at least something about the Bible or the God of the Bible.  Many times people know only what others have said or they hold to the popular, religious, or political opinion of their society without having any idea about God or the Bible themselves.  If this knowledge is faulty or negative, then we need to keep that in mind.  Sometimes they have a negative experience with for example church people or religious programs.  We need to get to know the people we’re serving, so we can understand what they know about the Bible.  We need to keep that in mind as we start to build relationships and share about God.

Once I was in Papua Indonesia talking with a Bible Translator who wanted some counsel about the people he was serving.  They were not interested in God, his newly translated Word in their language, and they wouldn’t come to church.  He was alarmed and he was hoping that I had a solution for a quick fix using a miracle tool.  Well, I had to admit that I didn’t have a ‘silver bullet’ that could solve his problem, but that I was interested to learn what his situation was.  I asked if there was a past history of people having been confronted with Christianity.  He told me that an approach by the Dutch under colonial rule had made the people defensive towards Christianity.  Amongst other things, I also asked him if the people moved around or if they lived in a permanent location.  He said that they moved around and he was wondering what difference that would make.  I shared that in order to meet the people where they were, he needed for starters to take in account their negative feelings towards Christianity, as well as that they would need the ‘church’ to be able to move with them.  They first needed to see some positive things that would make them interested in God and His Word.  Things that related to correct a faulty testimony of who God is, as well as things that would put what ‘church’ means in proper perspective, instead looking at it from a western traditional mindset.   Since this translator had now many other responsibilities, this was not something he was ready for.

God is almighty, so He can override the mistakes we make, but that doesn’t release us from the responsibility of how we serve people.  People are not projects, they are individuals whom Jesus died for, and as such we need, just like Jesus did, draw them towards God.  Recognizing the puzzle pieces that would help in the Papua Indonesia sample are the need to overcome negative attitude towards Christianity, as well as the need to consider their nomadic existence.   This would also show a real love, respect, and concern for them as people.  Sadly, when we minister to others, we may have not been taught to approach things more holistic.  Most western training emphasizes methods and procedures, while many other worldviews may emphasize ritual above looking at foundational principles, sometimes even ignoring foundational principles.

Connecting to puzzle pieces that are already in place in a practical way is one way to start with relevant current issues that the people are dealing with.  It would be wise to start normally with positive issues, before addressing issues that are negative or challenging.  People easily will become defensive and defend their current religious practices, doctrines, liturgy, rituals, and ways of life.  Then they may not be open to input anymore, even if it is positive.  Still, seeking guidance in prayer is foundational, because sometimes God may want us to challenge people.

Recently I visited an elderly couple in the Cape Town area who was working on a large puzzle (a real one) with many pieces.  Their eye sight was deteriorating and some pieces in their puzzle were in the wrong places.  At the time they didn’t realize it, but once I told them, they were glad to have the help to get that sorted out.  This is another way that we actually may help people who already know things about God and the Bible, but some of the things they know are faulty without them knowing it.  For example, faith driven by works is one of those challenges I find in many places, but there are many other issues that can easily be rectified by a few simple Bible stories shared in proper context of the overarching story of the Bible. This is where the stick person concept, as mentioned before, can be very helpful in re-establishing a proper foundation.

There are many excellent story sets that address themes and they can serve like several pieces of puzzle that are already connected.  It is important to give thought to how much such a tool may be driven by a doctrine or theological stand. Is the overarching story of the Bible the foundation for that doctrine or is the doctrine the foundation for the story set, by only using selective Scripture passages?  Making a doctrine or theological view a foundation in itself will eventually result in leading people astray.  The challenge comes, when these doctrines and practices become the foundation for the people we are serving, hindering growth and leading them to unbiblical practices.  In the context of the stick person, it is like putting a detail in place and making the stick person fit this detail… like giving a picture of a certain kind of shoes and then trying to make a person that fits the shoes.  On the other hand, going from basic Scriptural principles and adding details as they fit these principles, helps to develop good Biblical understanding and practices.  The process is like step by step adding details to the stick person and this process eventually leads to addressing even minor details.

It is also important to know that we do not have to start with a large story set.  Sometimes a good starter story is all one has and that is no problem.  Sometimes small sets are good for starters, but regardless what, it will be good to be flexible enough to pick stories that address key issues that people need to process.  Still, each individual story remains part of the overarching Biblical story, so it is wise to not start with any controversial or difficult passages.  People easily infer meaning into a passage which, sometimes unknowingly, cannot be substantiated.

When there are already puzzle pieces in place 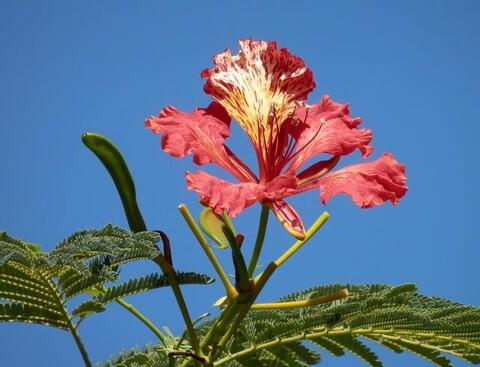