How about the Great Commission?

In the 1980’s three young ladies in their early twenties joined the work of a large mission and travelled to Porto Velho at the edge of the Amazon in Brazil. They were part of a three month training program before their deployment. During this time they were praying for God’s guidance to where they should serve and they felt God leading them to a specific area on the map of the Amazon. As they shared this with their leaders, they were told that there was no evidence of people living there. They checked other sources, only to receive the answer… ‘Why would you want to go there, nobody is living there.’ After the three months their leadership asked them if they still felt that God was leading them to that place. They really still felt God’s leading and consequently the leaders allowed them to go. These three young women started with a ten-day boat ride to get to the place they started their trek into the jungle. It was crazy. For about ten days they explored the area but they couldn’t get far in that dense jungle. They knew that this is where God wanted them to be and on the eleventh day as they started out again, suddenly they were surrounded by warriors. I’m sure that they were scared and excited at the same time. Scared of the warriors but excited because there were people there all along! Then the warriors brought an old woman to them. This woman looked these girls over very carefully and indicated that they should be brought to their village. There were less than 100 people alive in this group and they had never seen anybody from outside their group in that whole generation and they believed that they were the last people in the world. They were afraid they were dying out. They had asked this woman to call out for help. She didn’t know God to specifically call out to him, but she was in all sincerity calling for help. God responded initially by letting her know that there would be help. About the time the girls left in the boat, God showed the woman those three girls in a vision. That is why, when she met the girls, she sized them up so carefully – to make sure they were the same. Through this event over time, almost the whole community came to faith and today, more than 25 years later, there continues a vigorous vitality in this group.

We calculate carefully where we want to go in context of having a profitable ministry. But are we willing to abide in God so that if he calls us to go where there is nobody like those girls, will we still go? This is a different way of looking at missions. These girls went where no one thought there were any people. God cared enough for this individual group of less than 100 people to respond to their call to him. God was already at work. He is faithful and always responds, be it through dreams, visions, or through sending angels or people.

So, how does this relate to the Great Commission? The story from Matthew chapter 28 verses 18 to 20 has widely been referred to as the Great Commission.  People sometimes have lifted it above other scripture, perceiving the fulfillment of the Great Commission the primary purpose for the church or for our lives.  The term Great Commission is not even in the Bible and the task was never meant to be ours to do for God.  Interesting enough the predominant teaching brought into the story is often that we need to evangelize the world and with that we mean to share the gospel.  Jesus told the eleven original disciples that they were to make disciples of all nations. These disciples should be baptized and taught to obey everything Jesus had commanded the original eleven.  The disciples didn’t own this task, but were stewards of it. If they would follow Jesus’ charge faithfully, then the logical result is that his teaching should be passed on through each generation of disciples as well. Let us keep in mind that a disciple is one who accepts and assists in spreading the doctrines of another as a convinced adherent of a school or individual. What Jesus told his first disciples is applicable for everybody who is a disciple of Jesus in every generation thereafter. The focus here is not to make converts, but to make disciples, followers, students.  The ‘making’ of disciples demands the building of a relationship, just like Jesus did with his eleven disciples.  They learned to trust Him and He modeled in such a way that He was worthy to be followed.  His actions were part of His teaching and in harmony with his teaching.  Hence Jesus telling his disciples to obey everything he commanded them.

Does a person have to be converted to be a disciple? People already may be born again before they become disciples or they may become disciples and later embrace new birth.  The direction to baptize them is in the context of this story a clear outward expression of an inward change.  Inward change is part of the parcel, but it is not at all by any measure the extent of what Jesus was telling them.  The Gospel is a part of what Jesus taught his disciples, but there is much more.  We can build relationships and lead and teach, but we can’t provide new birth for anybody.  Only God can do that and He didn’t make converting part of the charge that He gave to His eleven disciples… eternal life can only be inherited as God restores His relationship with us.

I am taking the premise that we are all created for God’s glory and not primarily for any work in particular, as well as that God primarily wants to work in us, and consequently He will work through us.  In that case we will perceive differently what we call the Great Commission.  As we abide in God, He will work out how we’ll be making disciples of all nations… even if God leads us to where there is supposedly nobody there or as we serve as a humble garbage collector in a busy city or a faithful and loving mother dedicating herself to reflect the fullness of God to her children.

I believe we have not even started to see how powerful and beautiful His witness then will be.  We’ll stop importing a foreign religion with all its complexities into other cultures and we’ll start helping them to see the beauty of a restored relationship with their creator.  We won’t calculate effectiveness like humans typically do. Instead I’m convinced that we’ll be overwhelmed by the evidence of a real movement of God’s Spirit as we grow in seeing him work. We won’t try to be in charge, but recognize that God is in charge. To be wise stewards in this fashion is therefore foundational.

Typically we own a lot of what we do, whether we recognize it or not.  With this I mean that we often only ask God to help us with our work, mission, or vision.  We presume our tools are what everybody needs and our ways are the best.  We look at making disciples from our culture and worldview perspective, not necessarily from God’s perspective.   We try to make boxes, so one size of ministry can fit all and we believe that we can work faster, cheaper and with less effort.  It is certainly wise to consider best practices of ministry, but primarily as principles that can help us look at foundational issues in light of God leading us in each unique situation.  It is wonderful to have great ministry tools, but only to be used as God leads.  Again, this goes back to being a steward versus being an owner.  Doesn’t being a wise steward apply equally to the vision God has given us, to our mission, to any ministry tool, and any method of ministry?  Can we also be such stewards to the extent that we can put everything back into God’s hands every single day without fear that we can’t plan, function, and move forward?  If not, then more than likely we are owners working largely for God and it is not God working in us and through us.  If God is leading, he will build into the plans and work we’re engaged in.  Then, if He wants to change, we’re ready to do so, since we’re not the owners of ‘our’ ministry, work, tools, and plans.

How about the great commission 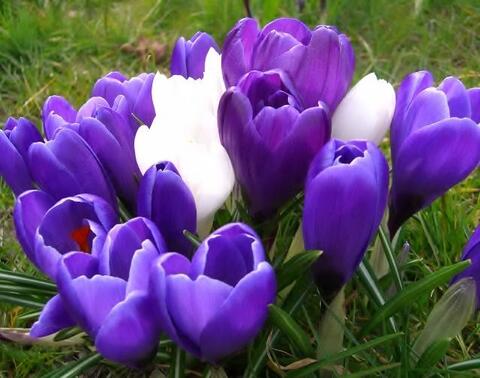