When people talk about ‘key terms’ in respect to translating Scripture from one language to another language, they are looking at words that are the same in all occurrences in the original documents.  Those people first of all assume that those words have the same meaning in every context.  They typically assume that there is one single word or expression that will fit a translation in the language they are developing.

It seems that people’s definition of ‘key terms’ means a word or phrase that describes something new to a people and it needs to be defined to provide a clear understanding, especially if it is used repeatedly.  I rather use ‘essential concepts’ instead of ‘key terms’, since all people conceptualize a thing into symbolism which we use as a common expression with others. Therefore a word, as well as a phrase, is an unique abstract expression of a given concept within a specific language. Language changes over time and words and phrases have a different meaning between people who speak the same language from different areas, as well as different cultural groups within a certain area.  So, the diversity of meaning coming from a specific word or phrase in one language already can represent many different concepts.  For example, the word love has may different meanings for different people. A picture of something concrete or a concept that has meaning in their culture, and I believe actually every culture, communicates much better.

For example, personally I have always trouble with the word ‘god’.  It just has no meaning to me, since it is too abstract and for some people it means a statue, a tree, a person that deserves special honor or even people sometimes consider themselves or other people to be a god. The actual meaning of some of the words used in Hebrew or the biblical descriptions help me to get a concept.  It helps me to get to know Him.  For example, Eternal One describes to me the awesome concept of everlasting, without beginning and end, forever and ever. Creator describes the one who made everything that exists. Righteous Judge describes the one who discerns perfectly what is right and wrong, good and evil, as well as what is true and false.

When we share stories from the Bible with people, concepts need to be clear and have meaning.  Often we too quickly start using terminology and like with the Xhosa in South Africa, the people don’t get a concept that works for them.  The Xhosa had their first Bible translation in the eighteen hundreds and it was revised and republished in 1996.  The term for God was a challenge from the beginning and since it took more than 100 years to do a revision, it made it difficult to change this word which now had become a part of the Christian community.  While in Africa, a Xhosa pastor shared with me that the concept that the word portrays is still a major challenge for people who don’t know about God and it doesn’t help the Xhosa to engage with the Creator at all.

If we can delay difficult concepts until people know more of the context, then it will help them choose relevant and meaningful expressions, which may be one word or a description as needed.  This does not only relate to concepts like God, sin, Heaven, angels, and salvation, but also to concepts that are not part of their environment. Working with the San people in the desert there was for example no concept of sea, river or boat. In such cases it is better to help them initially choose stories that don’t include those concepts, unless it is essential at that point.

One has to have a good understanding of the Bible to help prepare a story and be able to use concepts that people can naturally relate to, while at the same time represent the message of the Bible accurately and clearly.  Sometimes concepts will also create a picture in the mind of the people that does not correspond with the picture that is given in the Bible.  For example, if people only can relate to a city as being a dirty and busy place with lots of crime and poverty, it will be difficult to relate in a positive way to the heavenly city mentioned in the book of Revelation. The source that the local people use to translate from should help them to draw to God and as they learn more, they then can discover how more difficult, unusual, or stereotypical concepts should be expressed in their language.  The better we help the people build a firm foundation, the easier it will be for them to find proper expressions for concepts as they continue to grow.

The basic overarching story from Scripture is fairly simple, but we tend to add too many details from the start and consequently we can overwhelm people easily to the extent that they see what the Bible offers is merely another religion. Consequently, they also will relate to it from their own religious perspective and God more than likely remains a foreign God for many, if not most of the people.  We need to remember that our Redeemer meets people where they are in their life, not where we are.  We are redeemed, but they still need redemption. Scripture was not only given to us with an initial audience in mind, but if we really proclaim it to be for every generation, then we need to trust God that He also made His story to us transcend every generation since the time it was written, as well as that it communicates directly and clearly to people from every people group worldwide, yes, even every person on earth.  God knew from the beginning that the story would have to translated and as such He even makes sure that translations prepared by people that He was working through would be clear and accurate enough for us to use, just like He used the people that we call the authors of the different parts of the Bible that received the messages from God, as well as those who wrote it down.  If we don’t believe this, then what are we basing our beliefs on... men’s opinions? In that case we are no different than people from any other religion. 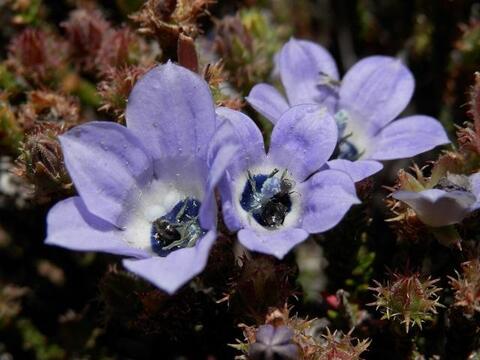