Bible storying focuses on sharing stories from the Bible, using communication forms that work best for a particular audience. Those stories can be communicated with great Biblical accuracy and on one end of the spectrum can be considered authoritative Bible. At the other end of the spectrum some of these stories are Bible based materials which should not be called and evaluated as being Scripture, though they should be seeking to maintain the integrity of the message. As such, a Bible story might omit information that is not focal to the story. It also can bring together its content from various passages to create a clear story line or emphasize a particular issue. The telling of some stories might also omit specific information in order to avoid early confrontation with difficult issues or to reduce the amount of newly introduced people, names, and places. Cultural and historical materials, as well as descriptions are sometimes added to give relevant context for understanding the material.

When talking about forms of communication, the expression ‘communication art forms’ is useful to recognize that human creativity and a desire for beauty are natural important components in communicating.  In this context we quickly may think about pictures and dance, but the sounds of the wording in songs and poetry equally are considered art. Likewise, writing systems are art, yet we often only recognize it when it is expressed as, for example, calligraphy. Many computers provide a multitude of fonts, especially when using Roman characters, and they all have their own beauty, often derived from old hand written scripts. Beyond the unique artistic expression of each individual language (spoken or signed), Bible storying therefore can include just about any communication art form. It includes the following, which are many of the art forms we also find in the Bible:

These art forms can be presented as live performances or using other suitable media. Depending on the situation, various art forms can be part of a single oration. The diverse storying art forms provide an opportunity to effectively connect with a specific audience and allow them to engage, since these art forms are integrally woven into the fabric of their worldview. These art-forms are a beautiful part of each culture helping the people to express and remember their values and heritage, as well as to entertain themselves. The art forms also make the message easier to understand, easier to remember, and more attractive for them to engage with. The closer the storying reflects the actual Scripture passage, the less the chance there is for the message to be altered.

It is important that people do have access to Scriptures in a form that they have recognized as authoritative, so that they have a reference to work from for their different ways of storying and to check the accuracy of their communication. People need a recognized accessible standard, so they can validate and defend their Bible stories. When there is no Scripture or access to Scripture, Bible stories cannot be checked by those communicating the story, if they are challenged about these stories to be true.

I have seen people use children’s Bibles or even sources like Veggie Tales movies as their source to tell a Bible story.  Movies, like Veggie Tales are already highly contextualized and often aim to teach only specific points of a Bible story, changing many parts to fit the media and make it attractive to the intended audience.  Most children’s Bibles also have been contextualized and edited to make stories shorter and simpler than the original.  They also contain often teaching points, that may have roots in established doctrines rather than the Scripture passage that is used for the story.  While in Namibia, one man brought his source text for the story he had chosen to learn, and it was from a book that was officially called a ‘Children’s Bible’.  It told a contextualized version of the story that was heavily edited down and only taught one specific point that was referenced with a Scripture verse from elsewhere in the Bible.  On top of that, the reference was completely out of context.  This man had no idea that this was not Scripture and he was quoting it as if it was authentic.  We leave people in a very difficult situation, if we don’t address the issue of helping them to have Scriptures in a form that they know is authoritative. 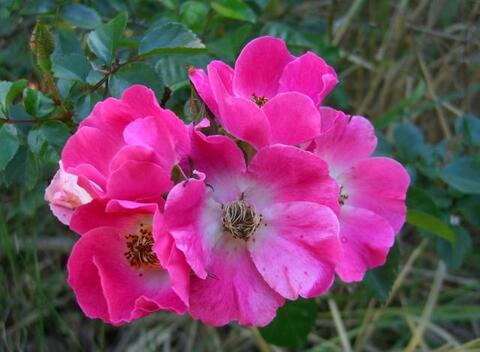