When I joined a friend and co-worker in serving one of the San people groups in Namibia to facilitate a workshop, he started our time by everybody sharing about how life was. In that process, my friend told the story that several people from another San group were severely burned in a bushfire, resulting in three of them dying.  The people in the workshop were listening closely and they right away asked about every issue as to why these men were burned so badly.  After hearing the story, they analyzed the situation carefully, even drawing a sketch of it in the sand with a stick.  Next, one of the men said that this was so important that he surely would tell his son too. In a way it was like they entered the story and made it theirs. They made sure to understand it all perfectly and they even repeated parts of it as if to make sure that they got it all and could tell it later to others accurately and clearly.

This is a great example of what happens when people internalize. I believe that internalization is a very important part of any ministry activity.  Internalization means that we are making something, such as an idea, concept or an attitude, a part of the kind of person we are. This implies that we have to understand related issues fully and clearly.  Once we internalize something, we are changed. It then becomes normally easy to share the issue with others.  To share my story, I may use a different communication art form, depending on who I am sharing it with. Even though some of us are more gifted than others in sharing verbally, the original story now has become my story and this can serve wonderfully to help others engage as well. When I share a story with one of my deaf friends who has learned to read my lips, he or she will pass it on to other deaf people using the art of signing.  When a Her person from Asia wants to share, he or she might use their traditional tonal singing, while other people groups may for example prefer drama or poetry.  All these different forms in their proper context provide the best possible way for other people to engage with any of the issues and internalize them.  It also makes it easier and more natural to pass on a new idea, concept or attitude to others.

All people have their own natural ways that work best to help them internalize new ideas and concepts.  Therefore, on our part, we should facilitate this to happen in a natural way. If we are willing to respect and consider their natural ways to be valuable, then we won’t impose our ways upon other people.  It is essential that we recognize the value of people doing it their natural way, lest they perceive new ideas and concepts differently, because they are forced to use foreign ways of engaging.

The process of internalization is also very important in Bible translation work.  Besides making the translation more natural, clear, and accurate, it also helps the translator to engage with the message. As the translator shares the internalized message from the beginning, using their own natural communication art forms, the wider community will be engaging with the message that is being translated.  In this way it immediately provides a natural platform for discipleship. In a sense, they are now involved in the translation process, while at the same time, they are growing in understanding of the message and how the different stories relate together and build on each other. Regardless whether the end product is a written book, an audio recording, or a video as needed for a signed translation, incorporating the organic process of internalization is an essential part in being wise stewards of such an important task as translating the Scriptures. Sadly enough, most of the time, people still see engagement as a separate activity, often even without considering internalization. On top of that, they typically look at it from their own worldview perspective and they don’t allow the engagement and internalization process to happen naturally at a place where it fits best--- right from the start, processed by the people within their own community, in their own culture, and using their choice of communication art forms. 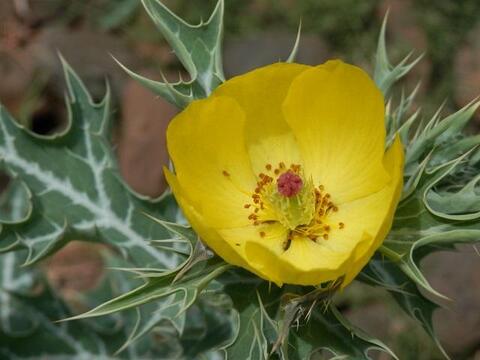