It is fun to work with people of different ages in settings where they come to learn and experience, like I had the chance at a few summer camps.   My time with the groups served to help bring an awareness or oral preference communicators and storying Scripture.  One group had chosen to story Genesis 3.  They had worked through the story and the next day I asked one of them to share the story.  One of the younger girls in the group had enough courage to do so and she quite confidently led us through the story.  Afterwards we talked how well she did and then I asked if she had memorized it since the day before or if this was how she remembered the story from hearing it at an earlier time.  She acknowledged that it was primarily from how she heard it before in Sunday school and from a children’s Bible.  The group was wondering why I asked this question and I shared that I noticed several changes that typically come from those sources.  For example, when Adam responded to the question if he had eaten from the tree that God had charged him not to eat from, the girl told that Adam responded by only saying that the woman had made him eat.  Most people may think that this is right, but not so… it actually says: The woman whom You gave (to be) with me, she has given to me of the tree, and I ate.  Adam blames both the woman and God, not just the woman and that is a major difference.  Also there is no indication at all that Adam was forced to eat.  He freely ate what was given to him.  Both Adam and his wife were hiding from God for the same reason… they were naked and they were afraid… they had both changed.  When sharing Genesis 3 with people who don’t have preconceived ideas, they recognize right away the changes and that the harmony between God and men was broken because of both Adam and Eve’s choice.  Even if we know the story well, we typically tend to read it from our perspectives and we see Adam judging only Eve and not God.

In most places I have served, people have misconceptions about what God’s Word says.  Many times it is a lack of knowledge or understanding.  Sometimes it is faulty teaching. It might also be a conflict of worldviews.  Regardless what, it may put up barriers towards God or lead people into all kinds of doctrines and it will actually bond people primarily to religious practices instead of having a healthy relationship with God.  It is important to carefully evaluate whether to confront these issues head on or to avoid the barrier initially. At the proper time we can help people engage when they themselves are able to see the issues and initiate change.  It may take a long time for some issues to be resolved.  Some things are part of traditions, doctrinal statements, or liturgical heritages.  Often they have been passed on through esteemed leaders, teachers, and scholars over many centuries.  I have mentioned several situations where puzzle pieces are mixed up or where there are pieces from another puzzle are mixed with God’s Word.  Here are a few more quick examples: 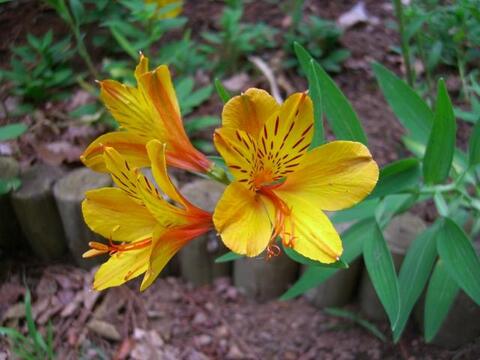