What is in a title?

A title is one form of a reference point. All of us use reference points to help us orient ourselves.  A reference point can make us interested in something and as such is also used for advertising.  Most of the time a title is therefore an introduction.  It can introduce an event, a movie, a web-site, a book, a chapter, an article, or of course a person. When used for introducing a person, it should be giving enough information to help us properly relate to that person.  Used in other ways, it should not say too much, otherwise we may actually loose interest in knowing more.  This article will only address the use of titles other than for people.

Since we as people are culturally diverse, more than likely a title in one culture will not work in another culture. Likewise, just because languages are different, it can be that a title that works in one language, may communicate something totally different in another language. So, it is very unlikely that the appeal of a title will ever be universal. If we just literally translate a title, we most likely will miss-communicate or even confuse our audience.

Once I saw an action movie about two crazy airplane pilots.  At the time, the movie made quite an impression on me and I still remember the title.  In Dutch it was called ‘Vier vuisten de lucht in’, which translates in English to ‘Four fists up in the sky’. Recently I found some advertising posters on the internet with the title of the movie in Dutch.  Other posters showed the original Italian name ‘Più forte, ragazzi!’, which means ‘Stronger, guys!’   In English the title was changed to ‘All the way boys’, while the Germans changed it to ‘Zwei Himmelhunde auf dem Weg zur Hölle’, meaning literally ‘Two heavenly dogs on the way to hell’.  The French decided that they needed their own title too and called it ‘Maintenant, on l'appelle Plata’, which literally means ‘Now it is called Plata’ (Plata was one of the two pilots in the movie).  The title in Persian translates to ‘All roads here lead to children’, which focused on a sub-theme of the movie.

So, were all these different titles good titles?  I only can speak for my native language, Dutch, which focuses in on two guys being pilots and they end up in numerous fights, even with each other… so that the title draws interest to the fighting of the pilots by calling it ‘Four fists up in the sky.’ But we as individuals with each our own background could have given this movie a completely different title.

This web-site uses many titles and in my effort to communicate with a diverse global audience, I am sure that the titles I use are not always most effective or clear. My aim is not to miscommunicate, yet I may never know if I do, without being able to interact with every individual in the audience. I will use the choices I made from my personal worldview perspective as examples with the aim to communicate the principles I am addressing.  If you use these materials, I encourage you to use your own examples in your local cultural context.

In a world that is filled with creative titles, it is good to consider some principles that will help in choosing titles that are helpful versus those that may hinder.  Even though most cultures use some form of titles as a reference point, it is not universal. So, when we work cross culturally we need to consider first of all carefully when and how to use titles.

The following is a short list of common issues to consider when using titles:

There surely are other issues to consider, but the best way to confirm if a title works is to test it in the community and one creative way to find ideas for a title, is to ask people, but only after they have engaged with the message.

What is in a Title? 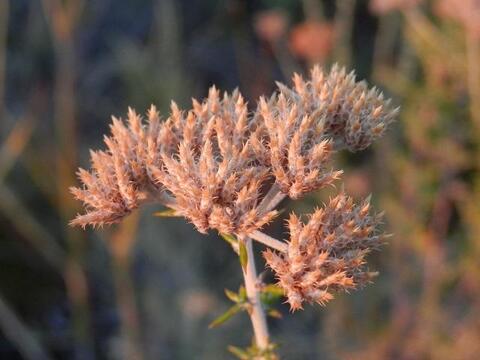