Engaging with the Eternal through His Word

God engaged the Israelites from early times onward to be the propagators of God’s message and they were instructed to communicate it to everybody, including all future generations.  Sadly, they progressively neglected engaging with God and propagating His message. At one point after several generations, they even lost the written version of that message.  It only was found later in the temple of God.  Then the King publically proclaimed to the people in Jerusalem. But neglect to proclaim the message of God continued as more generations of people abandoned engaging with the Eternal One, while following other gods. God’s message to man was ignored, as well as compromised, interpreted for people, changed, and added to.  God continued His message in the New Testament, showing His fulfilment of many Old Testament prophesies and sharing more about Himself and His plans. In the four Gospels we discover how our Creator gave Himself anew to fulfill the restoration of His relationship with people.  Through those stories, it should be clear to everybody, that only our Creator could bring restoration for all mankind. He confirmed this for our benefit through His promises or covenants that we can find throughout the Biblical account.

Since these documents were duplicated extensively and with great accuracy, they formed an excellent historical record. Historically, the primary way of communicating these truths has been always through oral communication art forms.  As such, written and later printed documents served well to preserve the message over time. When reading books became an expected part of societies where an academic type of education was used, it slowly became possible for common people to read the Bible. In Western protestant societies, reading later became the expected norm for people to access the Scriptures.  On top of that, some written translations, like the King James version in English and the Reina-de Valera in Spanish, were regarded by many as accurate as the original documents. They almost became a substitute for God Himself in the eyes of many.  Many of us still completely ignore the fact that most people were engaging with God completely depending on oral renditions of His Word for the thousands of years.  Sadly, we typically expect people to access the Scriptures by reading them.  Too often, if people don’t want to use our literate ways of engaging, we accuse them of having not enough interest in God. We in ministry may consider oral communication as part of our message, but only for interpreting and explaining the meaning of God’s message. This kind of oral interpretation then becomes typically a substitute for the listeners to personally engaging with the Biblical message of God.

Regardless of how God’s Word might be accessed, people normally have trouble just engaging with God through the Biblical message.  However, if God is our Creator and He loves us and desires for us to have fellowship with Him, He would not make it difficult to understand Him and the Biblical message! He didn’t make it difficult; we just don’t want to accept the message as it is.  Starting with Adam and Eve, people have been choosing their own desires, ignoring the real message. As people, we all continually have the urge to interpret it and as such teachings from the Bible as interpreted by a few people are what most other people go by.  Some of this could be helpful in establishing the essentials of our faith or, as some call it, foundational doctrines. Sadly, people too often add details or change the focus from the original message. Another problem is that such documents too often end up replacing God’s Word.  Most people don’t know really what Scripture actually says.

That is why are there so many different, often conflicting, doctrinal statements, catechisms, and creeds. Often they include rituals, as well as many directives on to how to live our lives and even sometimes as to what we should wear. The claims to justify such additional extra-Biblical documentation include a mistakenly perceived need to know how to behave instead of having the right kind of attitude to the message. Some want to define more details for other people in order to control them, even to the point of defining who God is. Even today, many ministry programs tell people what to believe, then they tell them how to behave, and only after that they would invite them to be part of their group. Would it not be more effective to first invite people in and model what we believe, so they can pursue any changes in their behavior as God leads them within their own culture?

Regardless of language and communication art form, it is crucial that everybody directly engages with the Eternal in relevant ways, individually through His Biblical message. For most people this happens through using a mix of communication art forms, that are relevant for them, and God does offer us already quite a diversity in the Bible.  Sometimes it may be difficult for us to distinguish these communication art forms, because by translating the Bible into a written document, we naturally have changed a lot to facilitate the printed art form of text. Still, this doesn’t catch by our Creator by surprise. He also knows that we cannot go back in time and verify or clarify any ambiguities of any passages. We cannot validate cultural perspectives of how things may have been at the time a passage was given to the people, yet we often include such sources to understand the message. Due to the many different theories, such interpretations can easily mislead as to the accuracy of the Bible. Yet, the Bible validates itself and it has been given for all people to engage with in their own culture and throughout the ages.

Engaging With the Eternal Through His Word 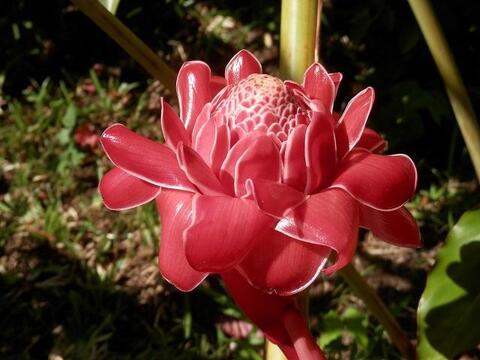