About explicit and implicit information

If we just take God’s Word for what it is, the passages that are clear will give us more than enough knowledge to live our lives in ways that are truly honoring God.  The information in these passages is considered explicit, meaning that the passages clearly state the information.  Often there are things in a story that are implicit, meaning that the author may communicate a meaning that goes beyond the specific words he is using.  The context of the words provides the additional meaning and sometimes it is not very clear.  When communicating with the aim to be clear, it sometimes is essential to state this kind of information explicitly.  The most typical one is where our understanding of the text is ambiguous, like when we use pronouns like 'he' or 'she'.  We want to communicate clearly who that ‘he’ or ‘she’ is, so others won’t get confused, whether we communicate orally, in writing or by signing.  Sometimes the written may be clear, but the oral needs to be more specific, but equally the other way around where emotion can be expressed easily in an oral rendering, while in written we need to use specific words and punctuation to make that clear.   As long as we don’t add to, omit or change the meaning of the Scripture passage and only clarify it in order to communicate as natural and accurate as possible.

When we are learning a story from God’s Word, we shouldn’t focus on trying to understand all possible implicit meanings.  The story as God initially gave us has a very specific message that should be clear in the story as is or with minimal context.  It is important to engage first at this core level.  Normally as our understanding increases by knowing more of God’s Word over time, many implicit issues will eventually become clear because we have enough context to understand them.  If the issues don’t become clear, then maybe we are looking for things God never intended for us to learn from that passage.  In Genesis four, for example, it is explicit that Cain and Abel both bring a gift or offering to God.  The Hebrew word used there is not normally burned sacrifice, so we should not infer that it is a burned sacrifice.  However, when we call the burned sacrifice an inferral, we take the information given and in this case add to the meaning.  We make deductions or guesses from our worldview perspective and other information we may know. Even though many people may call this inferring, it actually is anecdotal.

Another example of this is like a scientist who has only a part of a dinosaur fossil and infers what the rest of the dinosaur looked like.  A nice way to say is that it is an "educated guess" and it cannot be stated as truth or reality. Going back to the story about Cain and Abel, it clearly indicates that they are in God’s presence, since God specifically talks twice with Cain and later in the story Cain explicitly is leaving the presence of God.  It is quite possible that they even handed the gift to God in person, but we don’t know.  The passage also does not state that this is a sacrifice for the atonement of sin.  We should not bias the story in any way and include any assumptions in our rendering of the story, regardless whether it is considered a commonly accepted doctrine or not.  Sometimes we learn inferred meaning from teachers about passages in the Bible and when these expressions become so familiar, we believe it to be what the Bible is saying.  We will not even accept a translation of what it really says in the original language.  God gave us these passages as is and He didn’t choose for us to have any other details at this particular rendering of the story.   It is like God giving us a seed at this point and we need to first learn from the seed what we can.  As we engage further in the beautiful bouquet of stories, we may find other passages that show forth additional meaning.  That is like watching a seed grow into a tree that bears fruit.

The hunger to define and structure the teaching of all scriptures has sometimes driven us to the need to explain everything.  We must recognize that mysteries are part of who God is.  People come up with all kinds of theories, which divide the fellowship of believers over issues that lead them away from God.  Sometimes it is part of our quest to stay in control of who we want God to be. In this way, we sometimes even control the thinking of the people we are serving.  It can happen accidentally too, so we must really watch out.  If in doubt, it is better to stick to explicit information, rather than to use anecdotal information and call it implicit.

About explicit and implicit information 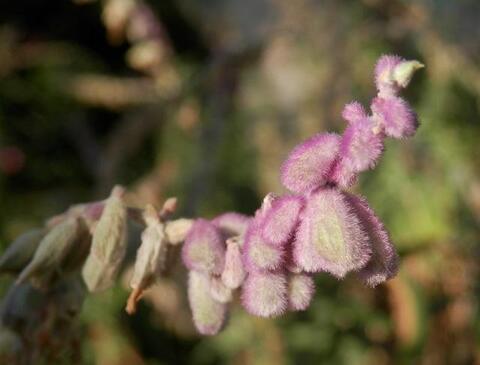