The Bible and science

For many people the Bible and science are two different views of reality and for some they do not mix.  By ‘science’ I mean an assumed system of knowledge concerned with the physical world and its phenomena.  Some of us might wonder whether science is relevant in the context of our engaging with the Eternal.  Well, it is relevant, since we are engaging with our Creator and He created this physical world and its phenomena.  We hold that God’s Word gives us knowledge about our physical world, especially how it came to be.  The Biblical account is therefore our premise for scientific study.  In a world where study of science typically starts with assuming that there is no God, other people will need to find a different premise to serve as their source for scientific study.

Together with my sons and my nephew, I visited Naturalis, a natural science museum, in Leiden , the Netherlands .  We were all fascinated with the biodiversity of life on this earth.    At one point we came to the area where they explained about the origin of life. It had an extensive display reflecting the Big Bang theory.  They used a spiraling circle to demonstrate a time line.  The center was representing the idea of a Big Bang and then there were several spirals that represented millions of years, without the display giving explanation about how those years were calculated or where the evidence for such long spans of time might be found.  Next were a few marked spots here and there, explaining specific developments and events on the time cycle, using extensive deductions from theories and proposing only suggestive dates.  More recent history was explained, by using paleontological, geological, and archeological finds, also referenced with much speculation and interpretation.  Sadly, the ‘Big Bang’ premise was shown as being a proven fact. It is also sad that about every government in the world now assumes that this theory is valid. Those governments direct that it should be taught in every school and academic institution as the correct view of reality. Their having taken such a premise, they assume that any further understanding cannot contradict this premise. If the premise is proven wrong, it will cause much confusion and secular science would be severely challenged.

The roots of that theory go back to the days of the Greek philosopher Aristotle, who held to the understanding that the universe had an infinite past.  This conflicted with the view of many people, who believed that everything had been created. Even though God Himself has an infinite past, everything else was indeed created. Even as early as in the thirteenth century an English theologian named Robert Grosseteste described the birth of the universe in an explosion and the crystallization of matter to form stars and planets in a set of nested spheres around the Earth. Many more people philosophized about the beginning of things, yet only in 1927, the Belgian Catholic priest Georges Lemaître proposed the idea that became later known as the Big Bang theory of the origin of the Universe.

It seems like the Big Bang theory had plenty of input from religious people, but today most scientists ironically leave God out of the equation.  Still, a scientist true to his calling will have to acknowledge that this theory cannot be true without a designer, since random choices by chance would never be able to form something that is structured with purpose.  The sad thing is that most of them don’t want to accept the designer.

To be objective, if creation is proven wrong, then our faith equally would have to be challenged, just like with the Big Bang theory. In this context, many who believe the Biblical account wonder if we are perhaps at least partially wrong.  So, some consider that the Big Bang theory could be accepted partially or even wholly as valid within the Biblical creation account.  The world elevates so called evidence of evolutionary science over our belief that God created the earth and all its creatures in six of God’s days. Even some influential Christians and denominations are calling the literalist view of a six-day creation ‘nonsense.’  They may insist that they believe the Bible, but seem unable to believe its very first chapter. They think that ‘science’ should govern how we interpret the Bible.  Others argue that the story is not a literal account. For example, the Hebrew word for ‘day’ in the first chapter of Genesis is used elsewhere in the Bible for spans of time longer than a 24-hour period as well as for literal solar days.  Even though in the creation account, the word 'day' is used before the sun is created, the story uses the same word when it tells us that the light God created is called 'day,' as darkness is associated with 'night.' Later, when creating the lights in the firmament of the heaven, the same word 'day' is used in context of the larger light, being the sun, ruling what is called 'day,' again in relation to what is called ‘night’. Together with the repeated reference to evening and morning when used separating the days of creation, it very distinctly shows the progression of the creation as a recurring event. It is also important to note that God's creation is good and shows no implication of death. The fact that death was not part of that picture allows no room for things evolving through millions of cycles of life and death in any shape or fashion. Since death is a definite part of the evolutionary cycles, the word ‘day’ therefore cannot be used to argue for a long period of evolutionary progression.  Another argument some people often use is that the original word ‘create’ could also mean ‘organize,’ but even our using that meaning opposes the random choice concept of evolution.

If one is willing to accept God and Him as the miraculous creator, then the Biblical account provides a solid scientific foundation to build on. Are we willing to admit that everybody in the world has a premise to start from? Since evidence demands a verdict, we don’t have to be afraid of the Bible being our premise.  Yes, many things may remain unanswered, but there are many things that confirm the Biblical account as an excellent premise, far better than any other premise.  The simple evidence and best argument is that there is clearly a design in everything that exists, from the tiniest micro-organism to the universe itself.  More and more research also points to a ‘young earth’ theory, and the new evidence mitigates against anything having been evolving for four billion years or more.  Rather the origins of the earth and life point more to a younger date, even less than ten thousand years.

If we want to know where we will be going in eternity, it certainly is important to know where we have come from.  The Bible tells us about both.  For this reason, it is very important that we represent the Bible with integrity from creation to eternity.  It is important that we do not re-interpret the creation account by adding to it or changing it or even worse, refusing to accept it as God’s communication. If we discredit the same Bible that we want people to believe, we should not be surprised that our witness of God will be promoting religion, rather than showing a way to a restored relationship with our Creator.

On our way home from the science museum, my sons, my nephew and I had a fun discussion.  My nephew had accepted the premise of the ‘Big Bang’ theory, but once I explained that he and I just had a different premise, he was able to engage fully in the discussion.  I didn’t need to defeat his premise, I only needed to share my premise with integrity and love.  Until that time, he only had heard biased opinions from Christians, who were not knowledgeable of his premise, but yet they had argued against it.  They were not even able to properly represent the Biblical premise they were trying to defend.  We Christians will do well to learn the Biblical account well, as well as know the scientific discoveries that confirm the Biblical account.  Then we must be willing to listen to others with the same respect that we expect from them as they listen to us.

The Bible and science 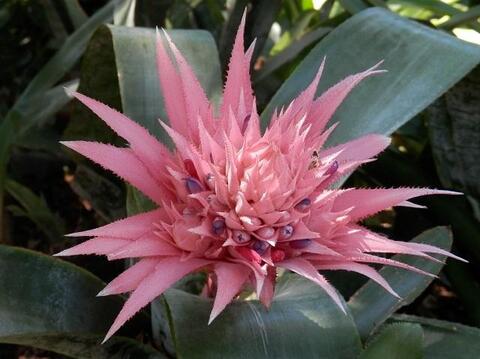