Our concepts or God's ways

In October of 1999 I was in Vanuatu for an exploratory fact finding visit in context of evaluating the potential use of media beyond print. This island nation has about 230.000 inhabitants and is the home of many small Melanesian people groups speaking 109 different languages. On Sunday I was able to be part of a service in one of the churches that had been established a long time ago. The church building was completely full with people even peering in through the windows, yet the people didn’t seem very lively, which was very unlike the Vanuatu people I had met so far.  I discovered quickly why, since at the beginning of the service they announced that they had seven weddings that weekend.  This was amazing to me, but maybe they did all the weddings for one year at the same time.  Next they announced no less than 35 more weddings before the end of the year. I looked around and estimated that there were maybe at the most 250 people present, including children. That meant that 84 people or a third of the congregation was getting married. 42 weddings and that all within a few months. To me, this didn’t make any sense whatsoever.

After the church service I started to ask questions and my translator friends were glad to help me understand. They told me that the people of Vanuatu had still some strong traditions and one of these for this group was that large amounts of goods (bridal wealth) would change hands, including money, pigs, kava, mats, food, and cotton cloth. Because of the high cost involved, a marriage was consequently often consummated long before it was officiated. With the end of the century coming soon, there were lots of rumors that Jesus might return by the end of the year.  Somehow, people had the understanding that if they were in this un-officiated marriage relationship that they would be living in sin and thus be left behind if Jesus would return. To make sure that this wouldn’t happen, many decided to get married before the end of 1999.  Their real faith ultimately depended on doing the ‘right’ actions, because they mostly depended on their limited ability to interact with traditional western style doctrine focused teaching.  Suitable opportunities to engage in God’s Word were very limited and it was easy for syncretism to creep in. Ironically the translators and the church desired help with relevant oral materials to help them to grow in their faith, but at that time, the scope of the instituted translation program didn’t yet allow for these needs to be met.

There are so many situations that reflect us coming to wipe out the local cultural values of the people we are serving and replacing it with what we call a Judeo Christian, Messianic, or any other ideas. We tell people what clothes to wear or perhaps when to go to church, or maybe that they need to build a church building and how it should look like, or how to conduct a church service and what songs to sing, or how to do baptisms, weddings, and funerals. For example, in most western cultures and churches respect for someone is shown by standing up. So in church we typically practice standing up when the Bible is read, or when we sing praise songs and hymns. In one culture in the Pacific a missionary got an audience with the local king. He walked in and stood, but the man who accompanied him laid right away prostrate on the ground.  When the king talked to his companion, he responded from his low position. After he finished what he had to say, he right away laid down prostrate again. Afterwards the missionary realized why people didn’t seem to want to stand in church in respect for God… for them this was an expression of disrespect. Too often people in ministry battle issues within a culture with an established doctrine, sometimes even a teaching that is only based on traditional church culture or denominational doctrine.

Some of these cultural things we bring are rooted in the Bible, but they are not mandates given by God. Some things may be good virtues, but are they really better than the virtues the people already have?  If not, can we encourage them to apply their own virtues to their lives, instead of making the virtues we bring into laws or often at least make our ways superior?  Many things have become our traditions and we sometimes, without thinking, implement them as Biblically ordained cultural values. Bringing changes like this may seem important to us, but it makes our God a foreign God to the people we serve and it completely discredits their culture from the start. In many cases this has caused people to persecute those who betray their own culture and change to this foreign religion over things that are not even Biblical issues. Sometimes it is even about words… not what they really mean to the people we serve, but about the meaning we have attached to them. So, what is the right kind of approach? I don’t believe that there will be one single situation where one approach will be the only approach.

Oral preference communicators are starting to embrace technologies that require skills associated with literate learning styles, yet the people still remain largely oral in character. The reality of this change can be observed worldwide, just like in this story. In March 2010 I was leading a video workshop in Papua Indonesia and the video project took us to an island in Lake Sentani.  Life is simple and electricity is provided by a single cable strung over poles crossing the lake. Most houses are built above the water on wooden stilts with tin roofs. Satellite dishes are very common, but transportation is still by dug-out canoe. While observing two year old toddlers navigating their way with ease over water using the narrow plank walkways connecting the houses, I also saw one lady picking up her mobile phone to call a friend to go shopping. Just a few minutes later her friend came by to fetch her with her dug-out canoe…

We simply need to accept that no one size fits all situations. Let me use the example of the deaf to help us understand. Their communication system is just as clear and detailed as our written and spoken language, but it is totally different. One of my deaf friends told me once, that for a deaf person to be able to relate well to written materials and read them with understanding is like for us, who can hear, having to memorize a phone book full of telephone numbers, knowing the meaning of each different telephone number by heart. Yet, sign languages have unique details that include complete body and facial expressions. Also names are typically expressed by their meaning and don’t need interpretation, like we need most of the time in written language.

Except for communities that fully depend on signing, most people groups have a significant if not predominant component that is made up of oral preference communicators. The communication principles suitable for the deaf communities are like those for oral preference communicators and as such people sometimes may address both as ‘oral’, even though the deaf would keep distinguishing them, because of course they are not oral in the literate sense of the word. Some of us are now seeing the value of starting oral approaches, but then still gradually shift towards a literate approach. We have decided for the people we serve that they need to be literate in the sense that reading and writing, as well as a literate learning style, will be a prominent part of how they communicate and how they learn. Even in the Western Cape of South Africa, where I lived from 2011 to 2015, most people technically knew how to read and write, but they were functioning mostly as non-literates and were definitely oral preference communicators. In this way, a large part of the church still has no access to God’s Word because they are oral by nature and may remain predominantly oral for several more generations. So, instead of making a choice for the people I serve, I rather help people choose relevant and appropriate communication styles and help them search for the stories in God’s Word that address the issues they need to wrestle with. Over time this allows people without restraints to freely use those styles and stories that will fit best for each of their unique situations.

Our concepts or God's ways 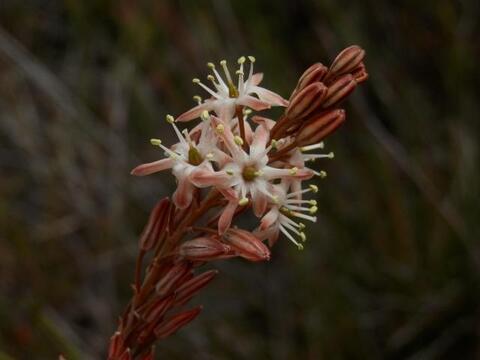