The stories I share are from many different cultures, each with their own unique look at the world.  We need to consider the uniqueness of people when we seek to serve them.  Some of the things we need to consider are:

This basically forms their worldview, which also includes:

One definition of worldview depicts it as a framework of values and beliefs about life, God, humanity, and the universe that is formed through life’s experiences. It is not just a collection of perspectives but a coherent and uniquely individual structure based on core values and beliefs held by a person.  It is through this framework that a person views the world and evaluates other people, events and ideas.

While in Thailand I learned a lot about what respect means in another worldview.  I have dropped money on the street before and one easy way to stop a coin from rolling down the drain or a paper bill to fly off in the wind is to quickly use my feet and step on it.  A good Dutchman will not lose a single penny, so a friend of mine felt that I needed some wise advice in order not to end up in jail.  Since a portrait of the Thai royalty is on all the money, stepping on it would be like completely disrespecting the king.  It is almost like stepping on the face of the real king and one could be arrested for this.  This led to my curiosity wanting to know more... like what a proper Thai greeting would be.  The Dutch will easily kiss each other on the cheek, sometimes even three times switching cheeks every time.  The Americans may give each other a hardy handshake or even a hug if better acquainted.  The Thai don’t touch, but they fold their hands and bow slightly.  If the other person deserves greater respect, then I also make sure that my head remains lower than the other person.  Another thing I learned quickly is that I also don’t impose my beliefs on others, since that is very rude.  The Thai will still listen politely, but they will normally completely disregard anything I have said.  In that context a young lady who was a university student helping out with a Christian conference was riding on the same van from the airport that I was riding on.  She had been closely observing all these Christians and had been noticing something different about these people setting them apart from other conference participants.  She asked me spontaneously why these people were different.  I asked her what difference she saw and she said that they were kind and respectful to her.  I then answered that from what I knew they all believed in the God of the Bible and desired to live accordingly.  Many would have seen this as a great opportunity to share the gospel, but remembering the lessons from my friend and not feeling a freedom by God’s Spirit to share, I just left it at that.  Desiring to talk more, she came just a few minutes later back with a completely different question.  This time she asked what I thought about a one world government and the trend there is towards a global community… was it a good thing in my opinion?  I thought for a moment and then said, ‘yes, that is very good.’  She seemed a bit taken back by that strong a confirmation, so I continued by saying ‘but it never will work.’  She then asked why and I responded by saying that all of us are selfish.  This seemed to communicate, since a major virtue in Thai culture is to be selfless and one way to demonstrate this is by acts of kindness.  For example one can buy a little bird in a cage and set it free… but that bird had to be caught in the first place, so I can be kind enough to set it free.  She seemingly knew in her heart that all things we do are still self-serving.  During the conference we talked some more and she enjoyed receiving a Bible that her roommate started reading before she even had a chance to touch it.  Her worldview was so different from mine, yet I felt that God had allowed me to sow some seeds.  God knew her heart and He was well able to water His seed, mature it, and bring it to fruition.  Unless led by God, I don’t need to share the gospel any further. Regardless of my personal zealousness or burden to share the gospel, I can actually build barriers by imposing my views upon others.

When we respect the worldview of others, we have to acknowledge the validity of their worldview and that our worldview has little or no value or meaning for them.  We want to help them look to God for his worldview (the Biblical worldview) to transform their lives.  The result will be that the personality of God will become apparent in their worldview.

There is a worldview that completely looks at things from a Biblical perspective and hence is called a Biblical worldview.  Our worldview is influenced by more than the Bible alone. Since we hold to many things from our cultures that are not scriptural, we cannot consider ever having a pure Biblical worldview.   Every culture has many redemptive values that may be Biblical or serve as a bridge towards Biblical values. In this way every worldview perspective has its own virtues and as such should be respected and considered.  Many things are simple extra Biblical things and they don’t conflict with Biblical values. Other issues do conflict and these are the things that should change as we grow in our relationship with God.  It is of course equally true that every culture also has been affected by sin and as such we need to have the wisdom of God in dealing with those issues.  In our own culture we have plenty of samples.  Just think alone about the general acceptance in many Western cultures of killing unborn babies through abortion and how about the acceptance of immorality and violence that is rapidly growing worldwide. 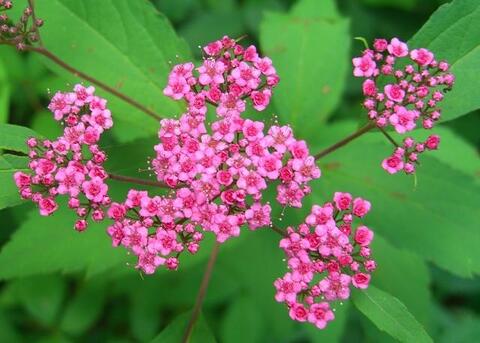