Different perspectives and one God

This example of looking at a building is like when we help people meet God in person. Helping someone enter the building is like helping them engage with God. Their looking at a different side of the building is like them looking at God from their worldview perspective. This example shows that we can experience God from our perspective, while accepting that others may have different perspectives. Thus, we can encourage people to engage with God first from a perspective that is coherent to their worldview.  As they engage with God and get to know him, they will find him to be the same God and together we will be able to experience him fuller as we can benefit from our combined perspectives. This is a great way to help others discover God’s character, while at the same time grow ourselves in discovering more of his character.

Now, many of us often start with telling people about God, like a person talking about a certain building.  We might even show them a two dimensional drawing or photograph.  Our listeners begin to understand something about the building, but their initial understanding will be limited by that description or picture. Describing or seeing a drawing or picture of a building is like our witness through what we tell about God or show them. It is very important if we want to help people see the reality of God, that we help them with a clear and accurate description or picture of God.  While we talk about God and the Bible, their understanding is limited to our description.  When we live out the reality of God in us and through us, it is like one side of the building, stories from the Bible are like other sides of the building, while God’s creation, visions, and dreams are also like sides of the building.

If any perspectives are not in harmony with God and his character, then we must question those perspectives, because there is only one God.  One way to know if a perspective is not of God is when that perspective starts to change God from who he is described to be in the Bible.  For example, when my wife and I were in the Philippines, we befriended a lady whom we had the privilege to lead to Jesus.  Soon after that, she came to us and asked us if we would help her destroy some statues for her.  One was a statue portraying baby Jesus dressed as a King and the other of Mary, the mother of Jesus.  These statues had been her gods and she had prayed to those statues as if they were holy and had power.  Now she realized that her perspective of these statues was wrong… God was not somehow manifesting his power or being through these statues and they had been part of keeping her from meeting the real God.  That perspective needed to be destroyed, even more so, since Satan had been using these things to bondage her.  Destroying these statues for her was one way of getting rid of faulty perspectives and it also helped her to embrace proper perspectives.

Additionally, if a perspective is not in harmony with God and his character because of including non-Biblical perspectives, we need to deal with it. In South Africa I found an issue among the Xhosa, where it is still very important that teenage boys go through the traditional Xhosa initiation ceremony to be accepted as an adult man in their society.  This ceremony includes circumcision and it does not have to do anything with Biblical circumcision.  Instead of it being a mark that they belong to God, it is part of an initiation into manhood.  Some churches have compared the ritual to Biblical circumcision and embrace and condone it, justifying it with their own perspective.  For many Xhosa, an uncircumcised man has not entered manhood and if he is resisting tradition, he can expect persecution from the community.  Those Xhosa churches are adding some of their cultural perspectives to the Biblical perspectives and this can significantly influence their perspective of God.  Stemming from the way God was portrayed throughout South Africa’s colonial and apartheid history, they perceived the God of the Bible as one who subdued people. This is another perspective of God that complicates the issue for the Xhosa.  Many Xhosa are still believing that God’s punishment is unescapable unless one is obedient and behaves accordingly, which now may include parts of their circumcision rite.  In most cultures we can find similar challenges in one way or another, because worldwide many people believe that only doing the right thing get us favors with God or gain our way into Heaven.

Often, our world encourages us to mold each of our perspectives to fit our perception of what we believe to be true and false. However, if we do that, it is as if we are making our own god. We are the ones deciding what is right and wrong, what is good and evil. The root of the problem goes back to the first two humans whom God created. They made the choice to know evil as well as good. That knowledge of evil resulted in their creating fictitious realities to defend their judgments of what is true and false. Today, many people do likewise. It is as if they make their own fictitious building, maybe taking aspects of a specific building they are acquainted with, but changing it to their personal ideas. Let us just help people engage with God and God alone.

Different Perspectives and One God 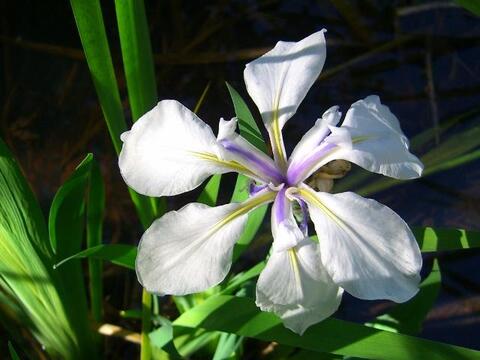