Have you ever heard of the saying: ‘Academic education is the process by which the notes in the teacher’s book passes to a student’s note book without passing through the brain of either’?  This may sound a bit dubious, but how often does that actually happen?  In order to evaluate a person or introduce a person I often see this question asked: ‘What level of education have you completed?’  If one has no academic education, this typically puts a stigma on the person. If one has high degrees of education, then this adds automatic respect. How sad. We are so deceived by putting a high value on academic studies, that we forget what life is all about.

Academic education is like an inlay, whereby embedding pieces of a different material into a useful item we make it appear more beautiful to the eye.  This can help, but the beauty often overshadows the usefulness.  If it hinders or doesn’t help the usefulness of the item, then our world seems still to be satisfied with its beauty and often that is where most of the honor is given. If we go back to the roots of academia in ancient Greece, then we find that the mythical Akademos (from which academia is derived) was attributed honor for saving the city of Athens. Consequently, he was regarded as more than a human but less than a god. His property was later used by Plato as a teaching venue.  Due to this inlay of Akademos' name, it since has been linked to any education.  Even at that point, there was already a focus on honor as an attributed value in acquiring knowledge through ‘academic’ education. Even today, attributed academic honor is no more than an inlay on people’s lives, regardless how functional it is. For many people it is not functional at all, yet we persist in using the same educational methods to make inlays in other people, even though it actually might hinder them.

The Himba live in Northwestern Namibia and Southwestern Angola.  Even in 2015, they still were primarily a pastoral or nomadic people.  Two year olds started helping by dragging new born goats around. By the age of five they managed to lead a donkey. By the age of ten they herded a whole flock of goats, and when they were thirteen they might go out two by two into the desert to keep flocks for a week or longer. Putting schools in the middle of the desert or in small regional towns was not successful and a European initiative started to use tents, so they could travel along with the Himba as they moved around.  Even then, the need for the children to be part of ‘life’ was so important that sometimes they came to school and sometimes they didn’t. The government of Namibia didn’t support the nomadic tent schools and consequently those Himba that wanted to go to school had to go back to the small regional towns.  There they were not allowed to wear their native Himba clothes and education was completely in English.  The few who finished had trouble finding work and since they didn’t grow up in their home environment, they couldn’t live anymore as nomadic cattle herders in the desert… they never were able to get the education of life to do so… because they had to get educated.

Other groups that also have a history of nomadic living face similar challenges.  The teachers at their schools most of the time don’t even know the culture or the language of the students.  They primarily teach in a very academic fashion, using books in a language the students don’t know, and bringing in values and attitudes that often demean the people.  Since these people were traditionally hunter-gatherers, their work ethic is formed in that context and a scheduled job is not natural, so sometimes teachers even devaluate the culture and the parents of the students by ridiculing their work ethic, resulting in shame and hopelessness. Even when students are successful in school, they will still carry the stigma of being a nomadic person, which often hinders them to get any decent jobs.  Their prime way of existence in this changing world, remains for most of them subsistent animal husbandry and gardening.  At the same time, other more aggressive peoples also continue to take advantage of them. Yet, in a few situations their skill of tracking has been recognized and as such some of those nomadic people are now employed by gaming farms to track animals and even by the police in Botswana to find thieves in sandy desert communities.

Everybody should recognize that the Himba and other nomadic peoples always get an excellent education. It is an education that suits their life-style and their world.  In a changing world we just need to make sure that we help people with the right kind of education to be able to adjust. In a world where academic accomplishment is recognized extensively in context of earning lots of money and being respected by other people, we should not forget that respect for a person still should only come from the heart. We need to remember that every single person on earth is a precious creation through whom God wants to be glorified.  So, education should not affect how we respect a person.  Many cultures give respect because of someone’s academic achievement, as well as because of various positions in their societies (like towards actors, athletes, politicians, royalty, or the gender or age of a person). We should not elevate people that fit our worldly molds, but show all people dignity and respect.

As we look at relevant education, we first need to accept that informal education throughout our lives is of primary value. Additionally, appropriate practical education is of great value.  Finally, as relevant, a formal academic education can be of value. Many people will become successful, despite not having a formal academic education, so there are other ways. For example, some excellent and well known respected culinary chefs have not even completed enough education for them to be able to start college or university.  They learned it all by applying the skills they practiced throughout life.  They typically consider their education as never finished, since they continue their informal education every time they cook.  Now, because they didn’t complete sufficient official academic education, they are not allowed to teach at any higher educational institutions.  If they do, they have to co-teach with a person who has the proper credentials, even though those certified teachers may almost not have any knowledge or experience themselves in the area of expertise.

We may not recognize it, but without informal education our world couldn’t exist. This is where all of us learn to walk, talk, and do everything that is needed for basic life.  For some, this informal education will be their only education and as such they can become excellent trackers like the nomadic people of Botswana or Namibia or world renown culinary chefs that stand out in their own field of expertise.  If we really want to serve people well, then we encourage relevant education, that focuses on the natural ways people learn, which will certainly include a lot of modeling, practicing, and mentoring.  Only as relevant, academic training should be part of this.

I recently met an elderly man who admitted that he had not even finished his basic education. The academic systematic and theoretical approach was considered too difficult for him and he basically failed… or did he?  By learning a different way, he now can take an engine apart and put it back together, without needing a manual or anything.  I couldn’t even do it with a manual. Instead of asking what level of education a person has, we should consider what kind of education a person has. 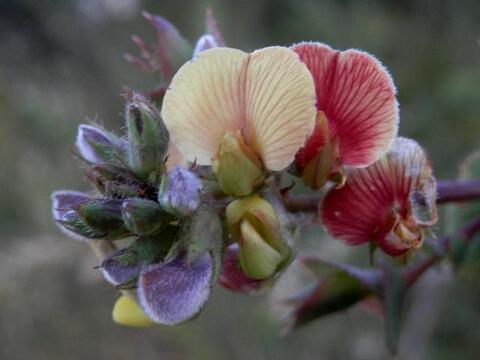