Mamaindê is spoken by a small group in Brazil. Bible translation work has been done for these semi-nomadic people, as well as that a film about the life of Christ was dubbed into their language.  They are an oral preferenced people group and as such stories communicate, while written materials don’t have much value in their traditional worldview.  For the longest time there had been no interest in the Bible or the God of the Bible and the translation team was quite discouraged.  It happened during the dubbing of the video about Christ in Mamaindê when Jesus was teaching about the narrow and wide pathway.  This sparked an immediate interest for the Mamaindê, since their oral history talks about a wide and narrow pathway.  They knew that the wide pathway meant that when they died, that they would enter in the mouth of the giant Anaconda, which was devastating.  The alternative, the entrance through the narrow pathway, was lost by their ancestors.  Consequently they believed that everybody entered into the mouth of the giant Anaconda when they died.  Here was now a story from the Bible telling them about entering the narrow pathway, which would give them life.

There are many stories of redemption through Biblical concepts being naturally already a part of the culture and worldview of people groups worldwide.  I probably could fill a book with examples, like this extract from a well-known story by Don Richardson as written in his book Peace Child. At one point while serving the Sawi people of Papua Indonesia three tribal villages were in constant battle. The Richardson family was considering leaving the area, so to keep them there, the Sawi people in the embattled villages came together and decided that they would make peace with their hated enemies. Ceremonies commenced that saw young children being exchanged between opposing villages. One man in particular ran toward his enemy's camp and literally gave his son to his hated foe. Observing this, Richardson wrote: "if a man would actually give his own son to his enemies, that man could be trusted!" From this rare picture came the analogy of God's sacrifice of his own Son and consequently the Sawi began to understand the teaching of the incarnation of Christ in the Gospel.

Another sample was written up by Bob Creson, the CEO of Wycliffe Bible Translators in the USA, and published on Wycliffe.net about the Hdi people of Cameroon.   In this example redemptive value was found in one little word making a world of difference.

‘Translator Lee Bramlett was confident that God had left His mark on the Hdi culture somewhere, but though he searched, he could not find it. Where was the footprint of God in the history or daily life of these Cameroonian people? What clue had He planted to let the Hdi know Who He was and how He wanted to relate to them? Then one night in a dream, God prompted Lee to look again at the Hdi word for love. Lee and his wife, Tammi, had learned that verbs in Hdi consistently end in one of three vowels. For almost every verb, they could find forms ending in i, a, and u. But when it came to the word for love, they could only find i and a. Why no u? Lee asked the Hdi translation committee, which included the most influential leaders in the community, “Could you ‘dvi’ your wife?” “Yes,” they said. That would mean that the wife had been loved but the love was gone. “Could you ‘dva’ your wife?” “Yes,” they said. That kind of love depended on the wife’s actions. She would be loved as long as she remained faithful and cared for her husband well. “Could you ‘dvu’ your wife?” Everyone laughed. “Of course not! If you said that, you would have to keep loving your wife no matter what she did, even if she never got you water, never made you meals. Even if she committed adultery, you would be compelled to just keep on loving her. No, we would never say ‘dvu.’ It just doesn’t exist.”

Lee sat quietly for a while, thinking about John 3:16, and then he asked, “Could God ‘dvu’ people?” There was complete silence for three or four minutes; then tears started to trickle down the weathered faces of these elderly men. Finally they responded. “Do you know what this would mean? This would mean that God kept loving us over and over, millennia after millennia, while all that time we rejected His great love. He is compelled to love us, even though we have sinned more than any people.”

One simple vowel and the meaning was changed from “I love you based on what you do and who you are,” to “I love you, based on who I am. I love you because of Me and NOT because of you.” God had encoded the story of His unconditional love right into their language. For centuries, the little word was there—unused but available, grammatically correct and quite understandable. When the word was finally spoken, it called into question their entire belief system. If God was like that, did they need the spirits of the ancestors to intercede for them? Did they need sorcery to relate to the spirits? Many decided the answer was no, and the number of Christ-followers quickly grew from a few hundred to several thousand.’

In one sense it is not difficult to understand that among every people there more than likely will be redemptive analogies… from the rediscovery of one simple word in a language to local worldview and cultural values that relate to Biblical values.  Even though the Bible never tells us that there are redemptive values in every culture, by virtue that they all stem from two people and after the flood to eight people, it helps us to see that cultural historical stories about the creation and the flood can easily find their original roots in accounts passed down from these people and these real events.  The stories typically have been changed, added to or even turned into myths or legends over time, so linking to them from a Biblical account can be a wonderful redemptive bridge. So, if people are open to the Biblical account, then the creation, flood stories, and other early time stories can become great redemptive bridges. 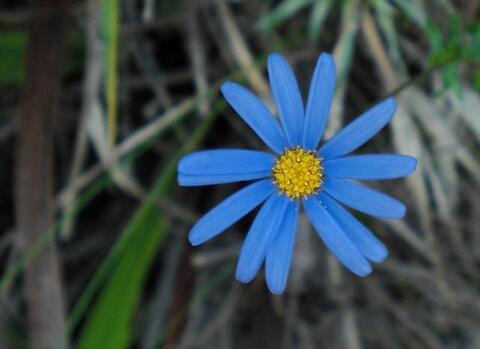