A group of Ifé people in Togo were on their way home from working in the fields when they heard the sounds of indigenous music nearby. Interest peaked and the group immediately left the path to see what was happening. Hearing their own Ifé music, each sat down to listen. When the music ended, the group listened to an audio cassette tape of Christian testimonies in their language. When the batteries of the tape player ran out, the group sent someone into town to buy new batteries. They wanted to hear more. As a result of these tapes, about a dozen Ifé people came to trust in Jesus Christ! The owner of the audio cassette was not even a Christian himself. He had bought the tapes simply because they were the only ones which had his own language and music.

Here is another sample of how the people of Papua Indonesia communicate using their own art forms. First I observed a small group of students singing stories about God and expressing their deep love and faith in him. Then I realized that from the time they began cooking in the morning until the electricity was turned off late in the evening the air was filled by the sound of songs. Initially I thought that all the singing was due to a music workshop that some of them were attending, but I began to realize that communicating stories in song was an integral part of relating to God and each other. Some students compose songs that are specifically for their own families, communicating directly with them, sharing their love, and asking them questions. Songs, music, chanting and drama are all key parts of how they normally communicate since the Papuans are traditional oral preference communicators.

Preaching has become for many a norm in which we tell people about God in organized church services, with expository preaching and teaching being favored by the evangelical community. I met with a group of Xhosa pastors and other church leadership in South Africa’s Eastern Cape. For them, a church service, evangelistic rally, or spiritual retreat, couldn’t be done without preaching. When I started talking about other ways of communicating, they almost felt that I was attacking the one thing they had been trained in. Then one of the ladies in the group shared about telling a Bible story through drama at a women’s retreat and that when they were finished the response was so overwhelming that they didn’t even need to preach anymore. Drama in this situation was a great vehicle to communicate the message and allowing scripture to speak for itself.

Over the years I have learned that many people in preaching use short scripture passages. They add lots of anecdotal information or, worse, information that is irrelevant to the passage. Often an interpretation of the passage follows while the explicit message of the scripture passage is sometimes not even addressed at all. The Scripture verses about the withered fig tree are a good example, since many people look to interpret the issue of the withered fig tree and even commentaries often primarily address this issue. The only explanation Jesus actually gave, was an illustration of prayer of faith. Using the fig tree as an example, is it wrong to focus at what the meaning could be of it withering? Interpretation beyond what the text says is one of our greatest challenges and we need to avoid it, because it facilitates the creation of cults and it creates an open door for syncretism. My first workshop among the Xhosa served to help the people see this issue. The people had many questions about doctrines they had been taught. They were able to quote the related scripture references, but didn’t know the passage they related to. Once we went to those passages, most questions were cleared up fairly quickly. The teaching they had didn’t match the scriptures or the teaching interpreted the scriptures beyond the explicit information given. Sometimes only suitable parts of a passage were selected to match a desired teaching. Much of the problem actually was caused by their strong established denominational doctrines, liturgies, and traditions. Even though preaching is one valid way to communicate, in itself it often has become a vehicle of bringing syncretistic and false teaching. Many times the scripture reading is only a minute detail of an elaborate message that in some cultures can last for well over an hour. Consequently, people hear mostly teaching from the scholar’s perspective instead of getting an opportunity to personally engage with the scripture.

We just need to be sure that we use relevant communication art forms that will draw people into scripture and that is not always easy. Especially when there are already certain ways that have been promoted by, often, outsiders to be more important or to be the only right way of communicating -- and there we lose the beauty of the great diversity of all these different communication art forms. Let's not lose that. 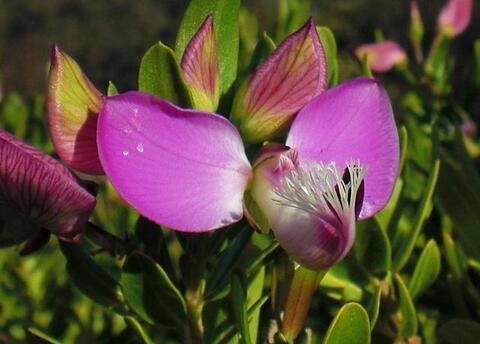