Virtues of engaging with print

Literate ways of communicating have become a standard for academic education worldwide, yet many people struggle using this technology of communicating.  Even those who learn to work with it well, and read and write much, still use many oral communication art forms and they often prefer them over literate ways.  So, what is the importance of literate ways?

While serving the Khwe people in Botswana, we invited our workshop participants to visit Tsodilo.  Tsodilo is also called the Mountain of the Gods and the oral tradition of the Khwe dictates that this is the birthplace of the Khwe. UNESCO has set it apart as a World Heritage Site and as such they say on the UNESCO website that the archaeological record of Tsodilo gives a chronological account of human activities and environmental changes over at least 100,000 years. More than 4500 rock paintings exist in the shelters and caves and, although not accurately dated, UNESCO says that they appear to span from the Stone Age right through to the 19th century.  Very few of the Khwe have ever visited Tsodilo, including any of our friends.  The rock paintings communicate as they picture primarily animals that the people were familiar with.  Even though most of them don’t portray further aspects of life, they demonstrate a technology of preserving information over long spans of time.  Most of the Khwe in our workshop believed in another historical record, namely the Bible.  While at Tsodilo they compared records and the evidence of them having been there earlier in history was overwhelming to them and they were in awe. Since the pictures were only portraying animals and no other historical information, they realized there was no evidence of it being the birthplace of the Khwe as a people.  On the other hand, the Biblical record was clear in describing about their origin. So, evaluating these records in context of their oral tradition, they decided that the Bible must be the record they should believe.  These oral preference communicators valued their oral tradition, but ancient records using technologies that preserved information, on the rocks as well as in the Bible, helped them to evaluate and make an informed choice of what they should believe.

This story beautifully demonstrates the value of the communication art forms that use the technology of making markings on materials to preserve and communicate information. One may be called primitive since it uses pictures that show primarily outlines of familiar animals, while the other advanced by using characters that combined in a highly structured format tell detailed messages. Still, the first one seems to have lasted much longer than any other ways known to men and that while being exposed for many centuries to every natural element of the Kalahari desert weather.  Each of these forms has its own virtues and shortfalls, but they establish both the value of preserving information, which is one of the foundational values of both these methods.

Since a system of characters could describe detailed and lengthy messages, they became the foundation for the writing of spoken language.  Over time, technologies to print these messages and consequently reduce the price of printed materials, helped printed materials for a long time to become the standard for preserving and accessing information.  While initially written information was primarily distributed on paper, there is a shifting to reading on digital devices with the rising of electronic technology that stores the information digitally.  Time still has to prove if these electronic methods ultimately will last longer than print on paper, but so far, they show many benefits. Compactness, for example, can been seen by the capacity that a common mobile phone has. It also provides technological integration of information. For example, following simple steps, glossaries, dictionaries, and thesauruses can easily be accessed for any word, while reading a document. No more need to use a paper copy of a book and search individual pages for needed information.  This electronic technology is not restricted to storing written information, it can do the same for graphs, pictures, even in three dimensions, and not to forget it equally can record, store, and reproduce oral information.   If there is much material available in a particular language and it is linked together in useful ways, like through the internet, then common man can have access to an unbelievable amount of information.   This is true for example in Chinese, Spanish, and English, but not in the language of the Khwe or any other minority language.

Since the majority languages have a head start in benefitting from electronic information, these languages start to influence minority languages.  For example, in Botswana and Namibia, as well as many nations worldwide, use of English is rapidly becoming an educational standard, while for some it also has become their national language.  The same is true in other countries with the use of for example Hindi, Chinese, and Spanish.  Since most stored information in the larger languages is written, familiarity with literate approaches is and will be essential for a long time.  Being able to read and write well in a language where written materials are foundational will open a whole new world for people, regardless who they are.  Where this ‘new world’ is relevant, people should have every opportunity to become literate and engage.

The worldwide value of written materials has become an issue of esteem and defining identity in a rapidly changing world. Numerous people groups have died out by losing their identity and ethnicity. Since language is a key component of identity, the value of just having a writing system may now be very valuable in preserving a people.  The Naro of Botswana were also close to dying out as a people. Reviving their native art and developing written materials helped them literally to survive as a people.  Their identity as Naro found new roots when printed materials became available and literacy classes were offered in their communities.  While their art offered additional support by being popular amongst collectors worldwide (some was even featured on airplanes of British Airways), it was the reality of their language now being also written down, that was significant to the Naro preserving their identity.  Even though in 2014 only 5% of the Naro might have been able to read their own language, the renewal of their self-esteem was more than worth the effort.  For those that could read, it was also a help to become literate in Setswana, the majority language of wider communication, as well as English, the national language of Botswana.

There are other reasons for starting with a literate approach.  Sometimes the government dictates it or ethnic literacy can be an important part of their educational system.  From the worldview perspective of some cultures, it might be important to prepare a written document as the foundation for any sacred writings, since in these cultures the words of a deity only can be recited from writings that are considered sacred. Often stories from these sacred writings can be told in an oral style, but the written source may still need to be present and sometimes even opened up to the proper pages that relate to the story.

Of course written materials are especially valuable when there is a natural interest for people to read and write in their own language. For example, in the Philippines, throughout the country, I have experienced an unusual high interest in reading and writing.  Still, regardless which situation, it does not replace normal oral communication, but literate ways become part of a mix and have their place as a technology and even as a unique communication art form.  So, it is very important to look holistically at communication and not make a divide between written and oral, but rather look how they are often integrated and can complement each other as is relevant.  It is key that we will encourage people to make wise and relevant choices in context of using literate and oral methods alike, but we should be careful not to bias people.  Instead, we need to encourage them to use ways that best work for them.  Fostering natural ways that work within a culture will allow for new ways to find their best place and be in the local context received as a virtue instead of an imposition or something foreign.

Virtues of engaging with print 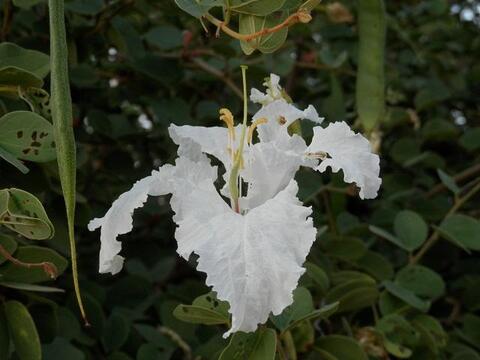