Building relationships is foundational to all our work.  First of all, relating to people inherently results in building relationships.  Trusted relationships are in that context very key in helping people embrace new values.  Discipleship does as well require relationship.  Ultimately, we are helping people see the potential of their relationship restored with their creator… so what better way than to do that through our building relationships with them.  We only can relate to things we have in common and relationships are built on things we have in common.  This is the reason why we must put effort in understanding the worldview of the people we serve and find common areas between our worldview instead of starting to change their worldview into our worldview by making the people do things ‘our ways.’  We can maybe change people’s actions, but that often requires force.  They more than likely will only change as required and even in secret still hold their traditional values in higher esteem.  It may even drive them away by the impositions put upon them and create a barrier.  Given the freedom, they will easily revert back to their old ways.  If they perceive if something is good from their perspective they may stick longer with the changes, but if something better comes along, they will easily change to it.  If issues are perceived to be true, meaning that there is a greater value than things being good, changes may last longer.  Still, when people accept something else to be true, their worldview will change accordingly.  If the new incoming values are experienced as real, only then it will actually transform their worldview and the changes will likely become more permanent.  The issues then become part of who they are and the change is not anymore like a coat of paint, but becomes integrated in the essence of the fabric of their lives.   Without a transformed worldview, no real change will happen.

Just like each snowflake being different, so are people all different and in a real sense everyone has a unique worldview.  From the stories about Jesus we can observe that He considered everybody to be special.  He respected all people equally but dealt with each person differently.  Like Jesus, we need to care for people individually. This doesn’t mean that we cannot minister to large groups.  Jesus also ministered to large groups at once and when He did, He used various communication art forms and dealt with issues that spoke to the people within their broader worldview perspective.  Understanding the general worldview of a people group can help us then to plan better to serve them as we with respect consider who they are individually and as a unique people group.  We just need to be careful not to generalize worldview too much, like combining all South Africans… who call themselves a rainbow nation with many diverse different ethnicities and religions, including Ancestor worshippers, New agers, Christians, Muslims, and Hindus… many of them only in name by cultural or political affiliation.

When I was visiting in a large Asian nation, the country had officially identified a little over 50 minority groups.  The cultures of these groups certainly had commonalities, but they were still very diverse.  The groups are scattered over an area of thousands of kilometers.  They live in different climates and environments. Some are still semi-nomadic and there is a spectrum of religions they adhere to.  One ministry was looking at a storying approach and they suggested that there was one story set, starting with one particular story, that would communicate most effectively to these people groups.  My friends serving among one of these groups, which I’ll call the Herra, had been wondering where to start. This other ministry told them that this was the story to go with.  My friends checked with the Herra and were disappointed with their response.  Then my friends asked me if I thought that it was the best story to start with.  I asked them if the issues in the story did relate to the Herra and they said that generally the issues did fit the Herra, but it didn’t seem to interest them.  They felt that the Herra were way more interested in other issues.  My friends recognized that having a relationship with the Herra was foundational to talking about spiritual issues.  So, instead of rushing in and making the Herra use a predetermined story set, my friends waited and first took time to get to know the people better. Next they looked for stories that actually fit best in a smaller group within the Herra.  They continued to develop relationships and then as God led, they sought to start with something that related at a more personal level.  They started to deal with real life issues of real people instead of reaching a people group of more than 800.000 with a general worldview applicable story set.  Since they were helping just a few persons engage with scripture in a relevant personal way, these people learned early on to distinguish the truth.  They were free to look at the scripture passages and distinguish the same truths from their honor and shame worldview perspective as I would from my right and wrong worldview.  In turn, these nationals are the people that, over time, become the best persons to help select the best stories to start with.

There is great value in story sets, but most people are trained so much to use systems, specific tools, and specific methods, that it becomes very difficult for them to think and operate outside these parameters.  Besides that, sets can easily serve as a control mechanism to address specific doctrines even to the extent that we start to bring verses together from different places to make stories to get our point across.  A compilation like that can almost never be defended as scripture by oral learners.  While participating in a storying workshop in Mozambique, the attendees were confronted with a story set based on a clear denominationally colored doctrinal stance, largely from a western perspective.  Some of the stories were compiled from different passages.  The issue is not whether they were scripturally accurate, but they pulled verses together that most oral learners could never defend as a single passage.  Personally it also started to make it harder for me to keep the story straight, since the doctrine started to form the story more than a coherent scripture story from one passage would have done.  In other words, an agenda began to appear and it became much less a discovery of what the Bible was saying.  Next was the amount of stories that were processed in just five days.  Most students were westerners and, despite the workshop facilitator trying to free people up to tell the stories their own way, they told them just like in the manual, lacking naturalness and without the sense of the story teller really having embraced the stories themselves.  One Brazilian lady, who was more orally preference than most of the attendees, struggled with the validity of this approach and she recognized that it did not facilitate engagement with the stories.  While there were multiple factors that the students struggled with, compiled stories with strong doctrinal teaching and a large pre-determined story set were two major issues.  Several students walked away still talking about the story set as if it was a sacred doctrinal set that should not be touched or altered… after all it was based on denominational scholars knowing best what should be in a good generic evangelism set.

Scripture is foundational as it is God’s story given to help us to get to know Him and grow in our relationship with Him.  We need to let people start to engage with His stories where they are as people. We need to consider the relationship we have with them, their heart language, their communication art forms, their felt needs and interests, the amount of new things they can process, and most of all their worldview. 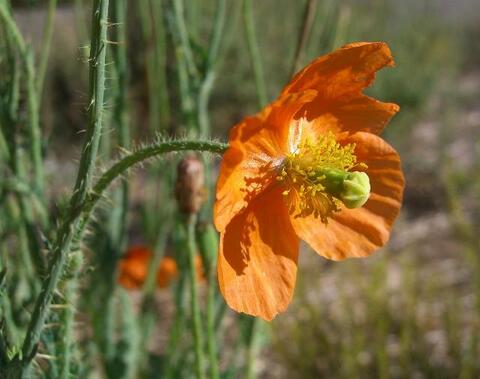