If we really are serious about God establishing His community among people, then the communities themselves need to manage long-term access to truth.  Some communities are newly engaging with Biblical truth, while others have already an existing Christian community which has been influenced by many other religious or political factors.  Because of the vast diversity between communities, I will only address principles which then can help us find relevant methods.

While in Namibia, I was introduced to a felt need of the Himba people to have access to the Bible in their own language. The few Himba who were Christians, compassionately shared their heart with me of wanting their own people to engage with God and His Word.  I was invited by the Himba Christians to trek into the desert to live with them.  Most of their engagement at the time was through evangelistic outreach programs, like vacation Bible schools, and through churches in the few towns they would visit a few times over the years.  This kind of access had brought some of them to churches where they were not allowed to come in, until they ‘dressed like Christians’ and consequently some believed that being a Christian meant that one had to dress different from the way Himba dress. To them, one could not be a Himba and a real Christian at the same time.  Others however, had embraced good Biblical principles and without prompting, they applied them to their lives.  Their normal hospitality would be shown by one of the men providing his wife to be sharing the bed of their guest.  I was received completely with open arms, but their morals reflected their limited but genuine understanding of God’s Word and their desire to honor God.  So, I never had to deal with someone’s wife being offered to me.   This showed me that if Biblical principles are applied to our lives and we own this truth, that our access is continuous because the truth has become a part of us.

The first principle is that we need to help people engage with the stories of God’s Word, so they can discover the truths for themselves. A trusted person can serve as a catalyst to help them to keep proper focus.  As they engage over time, it is essential that they have the opportunity to access the whole counsel of God. In that way they will be able to communicate it to the next generation as their language is changing over time.

The second principle is that we need to foster an environment where local leadership can grow to maturity and pass on the principles to every new believer.  As leaders are accountable to the new believers to live out the reality of their faith, new believers become accountable in how they live their lives.

In summary their focus remains on God, His Word, and their lives living out the reality of their new life in Christ holistically.

In context of some churches implying that the Himba can’t be Christians until they dress up a certain way, these Himba are already dispositioned to not owning and accessing truth, but rather only to perceived norms.  Because of this, they may even start to reject truth. The Himba Christians I fellowshipped with knew that this is not an issue in God’s Word and they are able to focus on real issues. 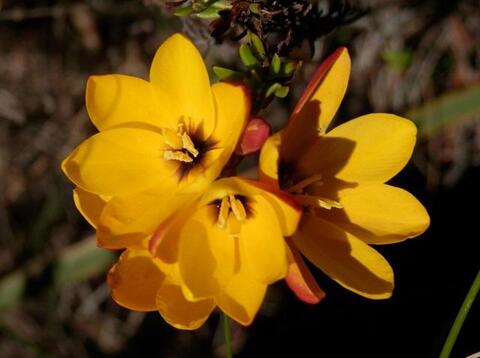