Rather caught than taught

One day we had a friend visit from another ministry and she gave us an audio tape that had a spiritual application with the story of the three little pigs and the big bad wolf.  It was beautifully told as a story with all the sound effects in place… it was exciting to listen to, especially for our four year old son, who delighted in every detail. He listened to it a few times and then life went on… until a few months later, when he asked my wife, if he could tell her the story of the three little pigs.  She said that she’d love to listen to the story. Then when he started, detailed, with every sound effect in place, he captivated my wife, who was amazed once she remembered where the story came from. He asked her if she wanted him to finish it and she responded with great anticipation. After he was finished, he asked if she wanted to hear another story… the tape actually had two great stories and he remembered both, since he made them his stories.  Why? He loved to listen and he was captivated by the stories and the lessons they taught.  He could relate to the issues in the stories. The teachings were in the stories and even for his four year old mind, they were clear. He caught them from the stories, because the stories caught his interest.  Yes, in a sense they were taught, but not directly… he discovered the truths for himself. In a real sense this is the way even we adults learn best, not only children.

Hendrik, a church planter with the Dutch Reformed Church in Namibia and I were in the northeastern part of the country to lead a workshop for the Khwe. He started off with talking about a story that would catch their hearts. Hendrik had just helped a man from another group get medical help. He told the story of how this man and four others were burned severely in a bushfire. This caught the immediate attention of the Khwe, since bushfires are very prominent in their area of the world. He told them how three of the men died, why one was burned less, and that the fifth man was still in critical condition. Quickly the question rose as to why they were burned so severely and Hendrik explained that they were taking a tourist on a hike, sharing with her how the people hunt and find food and drink in the wild. They were aware of one bushfire and kept an eye on it, but then another erupted on the other side of them that rushed rapidly towards them. The Khwe listeners wondered why those men didn’t run through the fire… probably receiving minimal burns and ending up on the safe side of the fire. Hendrik explained that they supposed that the woman could not run that fast, so they made a circle around her and thus protected her. They continued to ask questions, analyzing the story, getting the details straight and learning the lessons it taught. Then one of them re-constructed the situation for himself, using a stick to draw in the sand of our outdoor classroom. After meditating deeply, one of the men said that he surely must tell his son about this, so he could learn the lesson. I’m sure that this story was retold and processed many, many times over again throughout this Khwe community.

As we got to know each other better at the Khwe workshop, I soon discovered that the church leaders were challenged by doctrines from other groups. One group was meeting on Saturdays, keeping their services on the Sabbath in accordance to how they applied the Old Testament laws. The workshop participants had been taught that Sunday was now the Sabbath, making that the day of rest and going to church. They were also told to keep it holy. Yet, they were confused what it actually meant to keep it holy.  The Sabbath worshippers had a complete different standard of holiness. Neither set of standards was anywhere close according to the Old Testament law. To address this issue, I started the first day with a story from Numbers chapter 15 about a Sabbath breaker and God’s directions for the people to stone him to death. The Khwe participants right away wanted to point out things they had been taught from the New Testament, but I asked them to deal only with the story at hand.  As they entered the story, they dealt with the issues as they were presented in the story.  Next we processed more stories, each time all of us entering the story and dealing with the issues.  Two days later they had already a complete different view and this time one that they could defend from the stories of Scripture, without the need to depend on random scripture verses or doctrinal teaching.  No need to argue those worshipping in church on Saturday anymore. Hendrik, the church planter was amazed to learn how many times people met on every day of the week and the Khwe workshop participants felt free to worship on Sunday or any day of the week. In our discussions they discovered that most churches now traditionally meet on the first day of the week in context of remembering or honoring the resurrection of Jesus. From the stories they learned that they’re not under the law and they also gained a fuller understanding of the Sabbath.

So, why do we teach explicit doctrine, almost like laws, rather than help people engage by drawing them into the issues using stories and other forms of communication that fit them, instead of forms of communication that fit us? These are just a few samples of situations where people work from a premise or an established doctrine that people cannot defend, sometimes rooted in tradition or without reference to scripture or maybe the doctrine is too abstract, or one that is supported by random verses. So, the people we serve don’t really ‘own’ the truth, but take on teaching from others that can easily be refuted by a different teaching, often equally supported by random verses. Teachings and doctrines this way also are easily mixed in with traditional beliefs, which lead to syncretism.  If the people discover the truth in a proper context using natural communication art forms they will become owners of this truth and will more likely keep the truth within its context. This will lead to establishing healthier biblical doctrines as a foundation for God’s fellowship among them.

Rather caught than taught 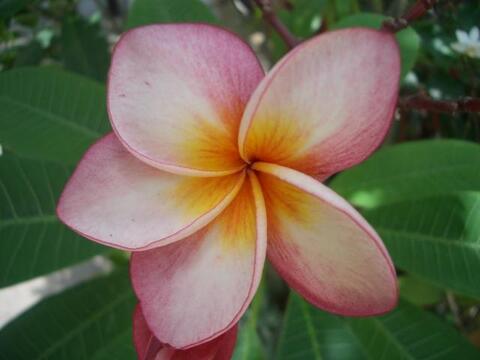