Someone told me once that he believed that an established tradition that has been a part of Christianity or ‘the Church’ for centuries is validated over time as being God ordained, just like Scripture. In one sense any of us do the same if we tell someone that on Sunday God wants us to be in church or that we should not work on Sunday.  Are traditions and norms valuable in context of helping anybody engage with God? I don’t mean that traditions and cultural norms can’t be good things. After all, many of them potentially help us to establish healthy routines and to be organized. Whether right or wrong, they also function and can even pressure us to be conformed to a set of cultural, social, political, or religious norms, which consequentially often result in laws and rules.

Sometimes these traditions or norms become irrelevant, yet we don’t recognize it as such. Most pictures of Dwight L. Moody, the founder of Moody Bible Institute in Chicago, show him with a full beard.  Later, when beards were considered to be a sign of rebellion, Moody Bible Institute made a rule that students could not have a beard.  In 1988, when I was studying at Moody Bible Institute, this rule was still in place, while the image of a beard being associated with rebellion had vanished for decades.  During this year, the ancient rule was finally changed and within days most of us guys had a beard… though none of us achieved to grow it to be the size that Moody had at one point.  For a long time, Moody wouldn’t have fit the mold of the school he established, even when the issue of having beards had been obsolete for many years.

Sometimes even, traditions and norms were not relevant or helpful to start with. Later they could even mock us. I saw an ironic picture on the front page of a Dutch newspaper that brought the issue of dressing the proper way to a whole new level.  In the 1980’s thousands evangelists from around the world had come to Amsterdam for a congress.  The newspaper showed a pastor from Malawi, who was wearing a three-piece black suit, a white shirt, and black tie, evangelizing on the beach.  To him, this was the only proper dress for a pastor. This was imposed on him more than a century earlier through the tradition of ‘proper Christian’ European standards to reform the ‘savage naked’ natives of Malawi, despite them living in a hot tropical climate. He witnessed to a Dutch lady on the beach, who had shed every last bit of her own clothes to get a full tan on one of the few days it was warm enough to feel comfortable that way… now who was the savage naked native?

At other times we don’t even know where the tradition came from and what purpose it served, like with the mother who was cutting both ends of the meat before putting it in the pan to cook until her daughter asked why she was doing so. Her mother replied that she didn’t know why she cut of the ends off the meat, but that was the way grandmother always did it.  When the daughter asked her grandmother, she responded simply by saying that normally her pan was too small for the meat to fit, so she had to cut off the ends and put them on top.

We even put traditions and norms above what is really ordained by God. In Matthew 15, Jesus contrasted Jewish tradition with God’s commandments.  In that situation Jesus talked against the religious leaders who followed the tradition in which people gave money to God, to excuse themselves from the obligation to honor their parents in their need. Tradition in essence was more important than obeying God.

We like to be in control of other people. That is why we often want them to conform and hang on to established tradition.  We then decide for others what is right and wrong.  This control goes back to the original sin issue of us wanting to define good and evil, just like Adam and Eve.  But, when we as people are in control, it leads to establishing assumptions. This in turn inhibits discovery of truth, because the assumptions become the guides that we live our lives by, instead of Scriptural truths. All of us have different opinions about what is right and wrong or good and evil, and many assumptions are false.  This difference of opinions leads to divisions, suppression of others, racism, and discrimination. It is also a root of fighting, even wars, and consequential the killing of many people, even fellow believers.

God desires to restore our relationship with Him personally and where traditions and norms are really helping in drawing us closer to God in that relationship, then they will be a blessing. Yet God, in the midst of the diversity of us as humans, gave us the Bible to bring unity in the midst of the diversity.  We find this unity in Him alone and through individually discovering truth from His Word. This means that we first need to engage with God and not with teaching from others who are sharing their traditions, norms and opinions with us. The Eternal is well able to lead us in gleaning the necessary truths directly from His Word. Should we then not help others to engage directly with God’s Word and discover the truths for themselves? Should we not give them the privilege to personally engage with God and see their lives impacted directly by Him? 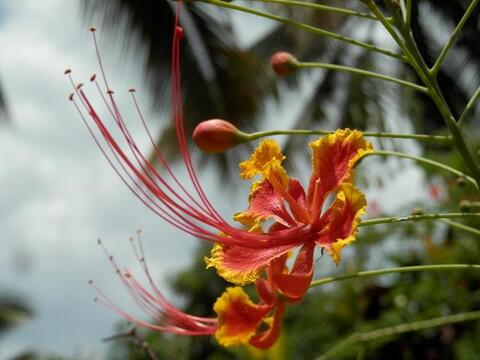