Willingness to take time to focus

Earlier in a story about a people group in Asia, I mentioned the value of relating initially to a smaller group of people.  From their experience we can learn a principle.  We do well to build relationships with a small group.  God is doing the foundational work and He will lead all the way with His Spirit to reach the larger population.

Jesus discipled primarily a small group of people.  It took time to develop and maintain deep relationships.  My friends in Asia developed relationships through their business.   Once relationships started to develop, they saw doors opened to understand the people they came to serve better, including their culture.   They already had observed a special form of singing.  They initially didn’t know how much it was still part of the life of the Herra.  They learned about a gathering of some Herra in a basement community center where people gathered to fellowship and get to know each other.  At these meetings my friends observed that they were using this kind of special singing as part of their communication. Later I had the privilege to be able to go with them and experience their fellowship.  They sang their songs to get to know each other.  One could ask indirectly things in a song that one would never talk about directly.  Other songs were about the history and legends of the Herra.   We learned that the songs were very distinct with a set melody pattern fitting their tonal language.  Some of the songs were antiphonal, while the spontaneous ones were conversational.  It was amazing to see them compose their songs on the spot as they conversed with each other and with a whole group of people listening and participating.  I could see their intenseness when serious issues were ‘discussed’ while at other times the whole group responded to a stanza with joyful laughter.   Only through being open to develop relationships were my friends able to learn this.

I had the pleasure to learn more and one day when we were walking down a rural mountain path by a small community in the quietness of the early evening we suddenly heard Herra singing from the houses below.  We listened for a while as the sun started to set, realizing how common traditional Herra singing was.  Later I was staying in another community for the night and early in the evening the electricity went out and the town suddenly was pitch black.  The few televisions in town stopped being the center of attention and people continued their evening fellowship in a more traditional way, some freshly washed in their pajamas and ready for bed.  There was one significant change… they started to sing.  Since we were outside too, some of the first songs were about us foreigners being in town… who were these foreigners, where did they come from?  One of our Herra friends quickly responded and a lively interaction followed… 100% in song.  We asked our Herra friend if he could share a stanza asking if the singing was still popular with younger people, to which one young teenager replied enthusiastically with several stanzas.  Interesting enough the crowd got bigger and bigger, and we were wondering by the time the power turned back on if not the whole town had come to enjoy their traditional way of spending the evening together.

Another day we were invited to a tea plantation and once we arrived at the office of our host, he treated us to fresh green tea and watermelon. Then my friends sang a traditional Herra thank you song about how lovely the tea tasted and how good the tea looked growing on the slopes of the hills.  Our Herra host right away responded and it was wonderful to see through this a relationship develop almost instantly.  Then they asked us all about our Western singing and except for one of us sharing the song about a little teapot, short and stout, the rest of us Westerners only could be observers to their art of communicating.  It was certainly clear that the singing of the Herra still was an important part of their culture.

Willingness to take time to focus 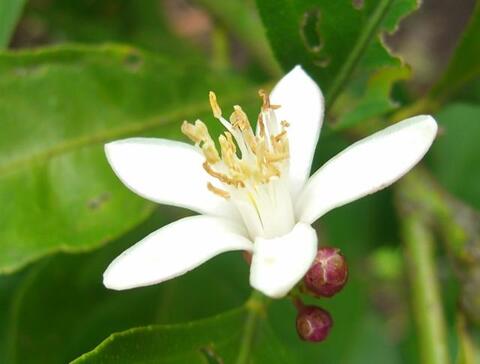