After we joined Wycliffe Bible Translators in 1989 we saw the presentation where people used a book with blank pages to show what a Bible looked like for over 2500 language groups that didn’t have any Scriptures in their language.  Later I used it myself too, since with a literate audience it made quite an impact.  Later I learned to lead a Bibleless church service.  With permission of the Pastor, we collected everybody’s Bible when they entered the church building.  We also took all pew Bibles and I made sure I turned mine in too. It seemed a great offense to many not being able to have their Bible with them in church.  In one church I remember one lady being perplexed with her eyes big like saucers, reflecting how upset she was.  After I talked about the Bibleless people, including those of the persecuted church and those that couldn’t read, the people would never forget the privilege we have. This lady thanked me afterwards for the impact it made on her life and every time I see her, she remembers this particular service.

After listening one time to a Bible on cassette tape I suddenly realized that a Bible of course didn’t need to be a printed book at all.  Still most organizations talked about print as the only possible standard and the rest was media to get people into the printed Word.  Print is just one form of media and be that it was maybe the most stable one at one point in time, it was not necessarily the most suitable media for most people.  Still sad to say, even today, for many people there is print and then there is media.  There is no superior kind of media, all have their strengths and weaknesses, such as ease of production, cost, ease of access, how permanent it is, and suitability for the people we are serving.   Media is originally the plural of ‘medium’, but nobody seems to use the single form.  In our context I choose the Merriam-Webster online dictionary defining it as: (plural usually media) a channel or system of communication, information, or entertainment.  So, communication art forms by themselves could also be considered ‘media’.

In context of media, the use of media ‘tool’ means ‘a device that aids in accomplishing a task’ as well as ‘a means to an end’.  Some people would call this communication technology, but it is not always electronic technology.  Stages, and more elaborately theatres, are for example tools or venues to perform drama, dance, and music.  Like with a radio or television, they allow an audience to enjoy media.  Each media tool requires strategy or planning, so the tool can be used as effective as possible.  It can get quite confusing, since in one way or another all communication art forms use tools.  For example speaking uses voice and reading uses ‘printed’ materials (for example on paper or digitally on electronic devices), while sign language, drama, and dance use bodily motions. It also includes equipment to display the images.  I already mentioned movies, which initially were on film, then video tape, and now are mostly stored digitally on a diversity of devices. So, I am using media tools when referring to ways of distributing and accessing the message.  Interesting enough, despite the word media being plural in itself, when we use a variety of mediums, it is typically called multi media.  It is easy to get hung on the vast scope of definitions. In our context I simply use media tools to mean in a very loose sense the technology, venues, and channels used to communicate.

Ever since the last few decades of the twentieth century there has been an explosion of technical development increasing the access to available media tools.  Accessibility to media tools and content that was before only available for selected people started to become available for millions of people across the globe.  What a few years earlier could only be produced by professional studios at a high cost, now could be produced using simple affordable digital cameras and digital audio recorders, including mobile phones. Normal personal computers became complete post production studios with easy to use software that was included in a normal consumer software package.  Next the downloading of online software apps became very popular and even mobile phones can become complete production platforms.  We can now record and produce media and post it instantly worldwide.  The internet has become a key component in distributing and advertising new media.  People not only have easier access to content, but there is also an enormous increase in available content.

The first efforts to successfully making ‘moving pictures’ only go back to the last part of the nineteenth century and it was as recent as 1950 that video tape started a road of development that eventually brought instant visual media to almost every place in the world and in almost every home in the western world.  Since the 1990’s this started to change rapidly to digital media, first on tape, but soon to be changed to rotating disks and then on to solid state digital storage devices.  Because of a growing social media and content glut, availability and accessibility don’t mean that people will access content more.  There now is a lot of competition.  An average search on the internet easily can range from tens of thousands to several billion results, including results from a wide diversity of social media channels.  The media revolution only has just started and therefore it is even more important to strategically plan when using media tools as part of helping people effectively engage with God’s Word, including at the local level within their own community.

Life opportunities in communication still will remain always an important part of effective ministry.  As such relevant media tools that provide life interaction should never be overlooked.  Life opportunities provide real immediate interaction at a personal level, which is a key component of effective communication.  Some people even argue that one-way communication is not even real communication, but regardless what, to be able to interact with the audience will make a world of difference in the potential effectiveness of communicating.  It provides for example opportunity for clarification, correction of misunderstandings, and fosters immediate engagement.  Social media platforms with the myriad of software applications are part of a changing world, where technology is enabling people to come together regardless how far they are apart physically.  For example, I have weekly meetings with people from around the world.  We discuss documents and video presentations as they are shared in our meetings.  Interaction is instantly possible with the information, as well as the people. 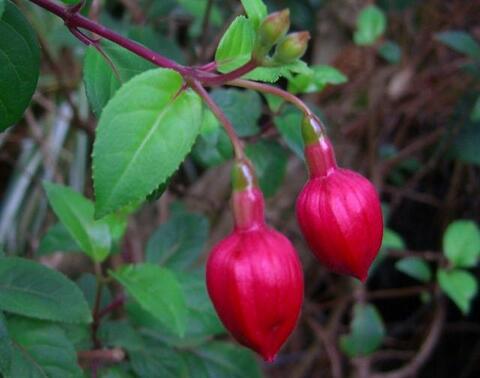