Literate drafting rather analyses the spoken language, discovering systematic patterns that would fit a written language. Literate drafting also often abandons many of the audible clues related to listening. Usually drafters pattern their writing after their own language or a language of wider communication. Especially if there is nothing written in the language of the people or if there is not even an orthography in place, there will be much design done by the drafters.

Typically, literate drafting focuses on phrases and verses, while oral drafting looks right away at a passage that forms a complete story, teaching, or thought.  In oral drafting people engage with such a passage to the extent that they can comprehend it and can communicate in their own language, using natural oral communication art forms. Doing so, the passage from the start can be understood by them as well as their audience, and has relevance to them all. The focus remains on a clear and natural translation that is accurate.  While someone was testing a software application for translating Bible stories, the native storytellers preferred recording whole stories versus phrases or passages.  This way, it was much easier to do it right and tell it using the right intonation, spacing, and other audible clues.  When facilitating storying workshops, I found the same to be true for oral preference communicators everywhere, while those who were used to literate methods of learning did initially better at memorizing phrases and verses.  The oral preference communicators most of the time did also much better expressing any relevant audible clues.  It is also interesting that most of us don’t read well expressing relevant audible clues.  Even professional actors typically prefer to read a text and then express it without reading it.

Speaking is for most us still the most natural way of expressing ourselves, so why do we put such a high emphasis on written language and print?  Many people will say that printed records are the most stable for establishing a standard. Considering the changes in technology, this is not true anymore, while for strictly oral preference societies this never was true.  Oral traditions have lasted for hundreds of years among societies in the midst of different values being established in print.  Sadly, in a rapidly changing world where outside influences force people to conform to new values, many oral societies just don’t have the capacity to keep their identity anymore.  This results in identity crises.  This is why it is even more important for us to let people use their own language in a natural way. It will be much easier for them to go through all the changes and to relate to God if we honor this core aspect of who people are.  Language is a key part of our identity.

New and unfamiliar orthography can lead to checking that focusses on orthography rather than meaning. Likewise, new and unfamiliar grammar patterns fitting a written language can also lead to a focus on grammar rather than meaning. If one first does oral translation, then the focus can remain on accurate, natural, and clear communication with all the natural language and cultural components in place. As such, a passage can be tested easier. Once an oral translation has been done, adapting it to a good written translation will be an easy task in comparison to starting with a written translation. Why are we trying to make oral people own something that is not natural in their language? We need to let them use their own oral communication art forms with their unique vocal discourse patterns.

People can correct their natural spoken language and will do so quite readily, but it is much harder to correct something that is not natural into language patterns that are new and unfamiliar to the people. Patterns that are governed by a foreign writing system and not by their natural oral communication art forms. When encountering inaccuracies, it will be easier to make an inaccurate natural passage accurate than to make an unnatural but accurate passage natural and understood.  It is also easier to write something unnatural, which may be accurate, but is not understood, than to say something unnatural.

Most translators will acknowledge that audio recordings are of great help in the translation process.  For example, in the last decades of the twentieth century, audio recordings helped translators get a better perspective of a language being tonal. In other words, a different tonal expression of seemingly the same word from a literate perspective had one or more different meanings.  If we would be honest and step out of our analytic thinking, we would recognize that each different tonal expression is actually another word… further that our division of words is even purely an analytic process of reducing a spoken language to a written language.

Using their own natural spoken language, people can give much better feedback when testing a translation and they will normally give much greater attention to detail in comparison to giving feedback to something that is regarded as unnatural and may not be even considered an important way of communicating.   Even where written language has become the norm, the natural spoken language still plays a significant role. As such many literates are actually secondary oral preference communicators, meaning that they prefer oral communication art forms over literate ways of communicating.  They also think like oral preference communicators and need to engage with more than facts and figures.  Considering all these issues, it is certainly easier to get an accurate oral translation than a written translation.

We need to accept the fact that natural human characteristics of learning and communicating drive the principles that best meet the needs of oral preference learners.  It is essential that we consider this in every area of ministry and it needs to start in Bible translation and Scripture engagement. 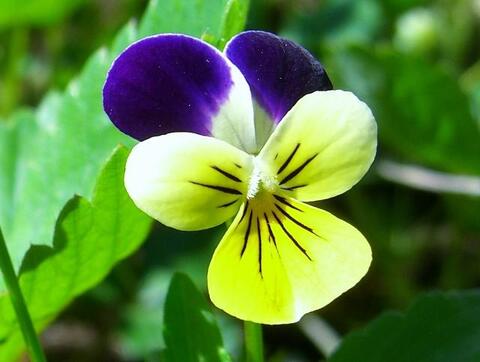