Why is it important for people to have access to an accurate scriptural account of every Bible story?

The following story reflects the importance of accuracy.  While in Mdantzane in the Eastern Cape of South Africa I was asked to speak at a church service.  The pastor who would serve as my interpreter, was also very concerned about Scripture being used accurately, since false teaching was a big problem among the people.  I chose to tell the story of God asking Moses to send out spies to survey the land that God had promised them.  Since the story is quite long, I used the written Bible source as my guide to tell the story using an oral discourse style.  As the audience was engaging, I noticed from the gestures of my translator that he was making the story even more exciting than the way I was telling it.  I asked him afterwards and he acknowledged doing this, since it was fitting his cultural style of communicating.  Later we did another story and as he was telling it back in English I closely observed what he was doing.  This particular story was about Daniel and King Darius and as soon as it talked about Daniel being a man of character, he focused on Daniel praying three times each day.  This was repeated a second time, when the government leaders were discussing that they could accuse Daniel only because he was keeping the laws of his God, praying three times each day.  Only the third and fourth time is was used as it is in the Bible.  With this new emphasis on praying three times every day, the emphasis of the story changed.  It now seemed very important to pray three times each day.  I explained how this easily could turn into a doctrine just like some of the false teachings he was worried about.  Suddenly the pastor realized that any embellishment, changing, or teaching inside the story made it not really an expression of the Bible anymore.  This way he could easily mislead people and that was just what he didn’t want to do.

The Bible presented in written and equally in oral form is the authoritative source and all Bible storying is accountable to that source.  This means that for every instance of Bible storying there needs to be an authoritative source that it is drawn from, which may or may not be in the same language and/or communication art form.  It is important for oral preference communicators, just like with literate communicators, to have a Bible that they can use personally as their standard.  This is an important factor for us to consider, because most people in the world without a real Bible in their ‘oral’ language, will remain completely dependent on others to tell them if something has Biblical authority or not.  Considering all the false teaching that is going on and the dualism and syncretism that is already happening around the world, a  real Bible is essential, whether oral, signed, or written as it is relevant for the people we are serving. 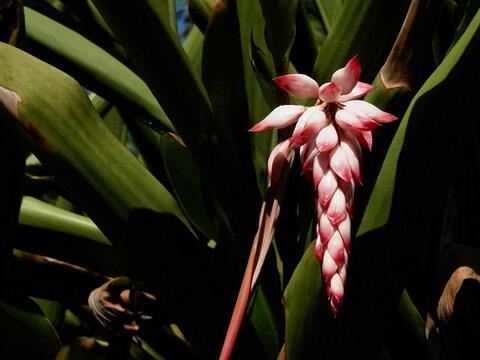